SUB 70 Golf, what could I possibly say about their golf equipment? In my previous testing of the 699 irons and their Pro Fairway Wood, I learned a lot (Please see that review here). It’s very high-quality golf equipment, their products perform just as good (if not better) than golf’s “Goliath’s” and it’s equipment that’s very affordable.

I had discussions through various e-mails and a terrific telephone call with the CEO/Founder of SUB 70 Jason Hiland shortly after they announced that a 699 Pro iron was being released. We discussed a testing opportunity and I received the privilege to test a 7-iron of the 699 Pro irons.

The 699 Pro irons are built on the same chassis as the very popular 699 irons. Features include a face which is a “1.7mm wide sliver of 455 Carpenter Steel, allowing for maximum compression”. Also, seeing that the 699 Pro irons are a hollow-bodied design, SUB 70 Golf utilizes TPE (a type of resin) which aids in improving the sound and feel at impact while stabilizing the face. But that’s where the similarities end.

In developing the 699 Pro irons, SUB 70 Golf learned that while golfers really liked the original 699s, better players wanted to see a couple of things. A thinner topline, a more compact head, and last but not least. Less offset. Ask and you shall receive! You get those characteristics in the 699 Pro irons. A golf manufacturer that listens to feedback from the golf consumer. How novel!!

Another difference in the 699 Pro irons is the finish. “Out” is the brushed satin chrome look and “in” is a stealthy black finish which SUB 70 refers to as its QPQ finish. The Quench Polish Quench finish “is a specialized type of nitrocarburizing case hardening that increases corrosion resistance and wear resistance. The name refers to the three steps involved: nitrocarburizing, polishing, and post-oxidizing. This finishing process provides a surface condition that protects against corrosion and wear, superior than hard chrome or nickel plating”. 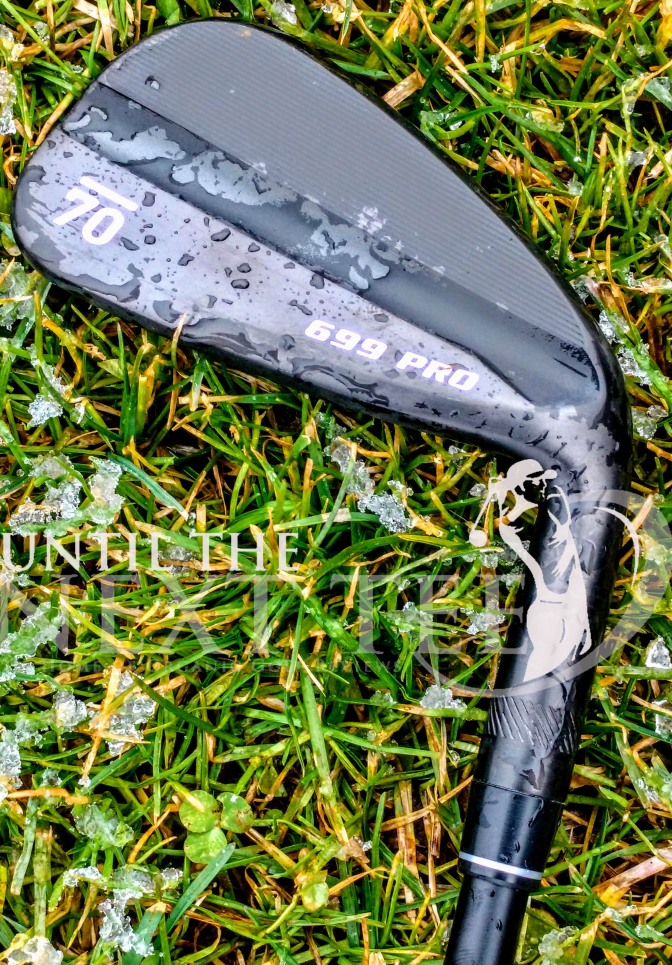 Do you need your clubs made to certain specifications? SUB 70 will customize your clubs for loft, length, and lie at no additional charge. In my case, for the purposes of the review, I went with +1/4″ longer than standard, 2* flat with standard lofts. The shaft I opted to go with was the Project X Graphite in 6.0 flex.

I was excited to receive my tester 7-iron and I wasted no time in picking up my club upon receiving notice that it arrived. I opened the box, and there it laid in front of me. Upon unsheathing the 7-iron from its plastic cocoon laid a beautiful, murdered out piece of golf equipment. All-black, and it looked sharp. What really caught my eye however was, the personal touch of the hand-written note from their CEO (Jason Hiland). In my book, little things go a long way. Class. 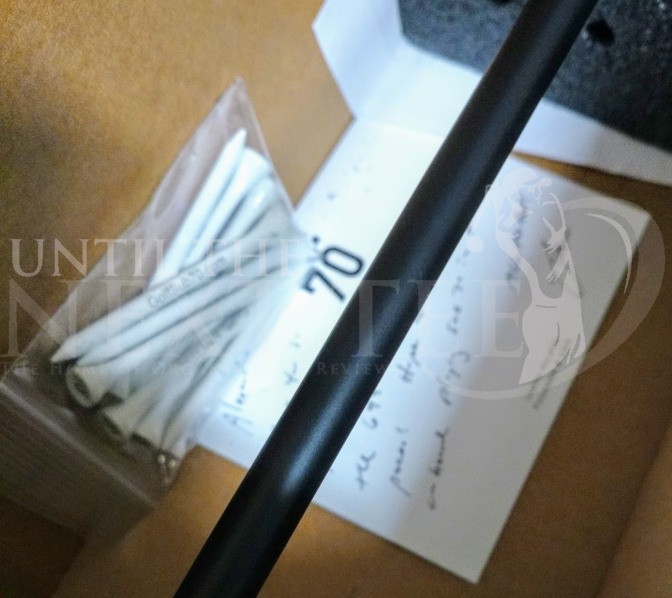 So, is there a difference between the 699 vs the 699 Pro? Yes! And you can tell right away. The top-line has been “shaved down” and is noticeably thinner. I loved looking down at the 699 Pro iron and the lesser offset is very eye-pleasing. Overall, SUB 70 got the aesthetics of the 699 Pro irons… Right!

Performance is what you want to know about, right? I made my way to the Paddock Golf Dome in Tonawanda, NY to break it in. After warming up, I made my first swing and that first pass was met with a very sharp “crack”. The feel just resonated right from the head and through my hands. The feel was “hot”. The ball was very responsive as it jumped off of the face. That first swing, a tight draw! Swing after swing that first session yielded more of the same. Flighting the golf ball was a breeze and so was working the golf ball in either direction. I left the facility very impressed after the debut session.

Testing would include some early on-course testing in pretty nasty conditions. Outdoor driving ranges and on-course testing. Full swings in the cold (temperature’s hovering around just above freezing) resulted in carry distances of 160-165 yards. The performance of the 699 Pro irons was consistent and impressive, to say the least. Are they forgiving? Yes, there is a degree of forgiveness to them. Strikes off of the toe are not severely punished. While there is distance loss, strikes stayed on line.

Recently, while I was down in Florida for the PGA Show, I managed to get some post-show golf in. During a round at Southport Springs Golf Club, I used the 7-iron to tee off of the Par 4 1st Hole and it was a shot that put me into perfect position for my approach into the green. The 699 Pro 7-iron was my “go-to” club that round and I used it to rescue myself from under low-hanging trees draped in Spanish Moss. That shot, I left my tee shot right with about 115 yards left to the green. I set the ball back and hit a perfect punch shot with the 99 Pro 7-iron. The ball would settle to 5 feet from the pin setting up a birdie.

I had an issue with the finish wearing off quickly. During a great discussion with Mr. Hiland at the PGA Show, I asked him about the finish wearing fast. I actually asked Jason if it was meant to go “raw”. I was informed that my sample was an early model. The finish of my tester was black PVD and not the QPQ finish. 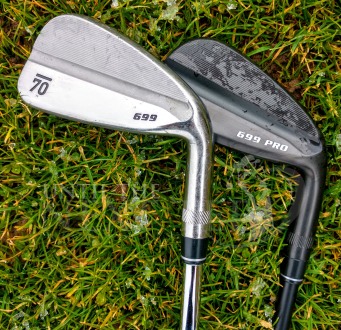 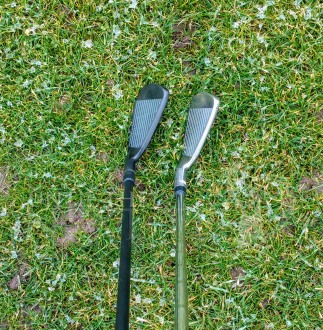 The 699 Pro irons are winners. They are a golf club that I feel extremely comfortable with and I would have no issue putting them into play when it counts. A golf club that is best described as a “Player’s Distance” golf club. Low and mid-handicap golfers will love the 699 Pro irons. They produce a slightly flatter ballflight than my gamers in head-to-head testing. Wind-cheaters, workable, forgiving, and hot.

Their scheduled release is set for late-February. A set of 699 Pro irons will run $534 for their stock set. Upgraded shafts are available with an upcharge.

Truth be told, if they would have been present at the 2020 PGA Show the 699 Pro irons would have been finalists for a Teezy Award in the “Player’s/Player’s Distance” Category. SUB 70 Golf uses the tagline “Expectations Redefined” and they exemplify this.