I actually had started this article and almost completed it at the end of the second round of the Memorial Tournament. However, I wanted to sit and digest this before I published it. Apparently, my digestive tract is quite slow.

There are three non-Major tournaments on the PGA TOUR schedule that I always pay attention to. The first one is the Genesis Invitational held at the historic Rivera Country Club. The second tournament that I love to watch is the RBC Heritage at HarbourTown Golf Links. I love that tournament because it’s a course that I can relate to because I’ve played it, and I would love to again. It’s the nicest course that I’ve ever set foot on. Lastly, I love watching the Memorial Tournament. I love the way that the host (Mr. Jack Nicklaus) has it set up. The conditions are “Major-like”. 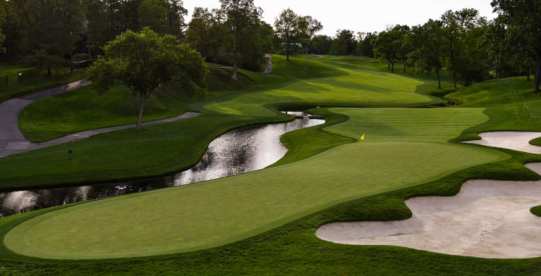 So much has been said since the PGA TOUR resumed play, with much of the focus being on Bryson DeChambeau. And rightfully so. Look at the way that he’s bulked up (in a very short period of time) and consequently started to annihilate golf course architects’ designs. Driving the golf ball 400+ yards routinely and when you really think about it, it’s a spectacle. He has both length and control and that’s scary formula for his competitors and perhaps the future of golf. Other than maybe the Par 5 15th at Muirfield Village perhaps, but more on that later.

There was a time not too long ago when I used to like everything about Bryson DeChambeau. Bryson was fresh and he was different as far as his approach to playing the game of golf. His single length golf clubs, he brought the side-saddle putting stroke to the TOUR although he wasn’t the innovator of the stroke, and of course his mathematical/scientific approach to attacking the golf swing and the golf course. 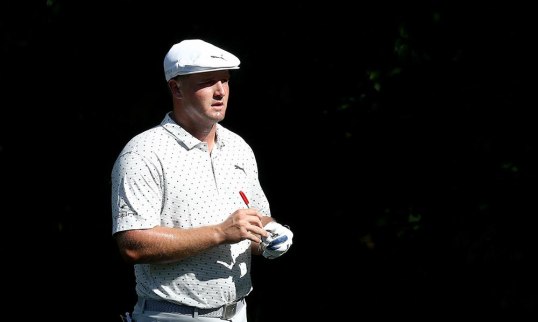 But then my admiration for Bryson started to shift. Like winds on a lake or a prairie before a storm rolls in. Little by little, I started to dislike Bryson. It was the little things. Little issues like his tantrum that he had on the putting green during the WGC-Mexico event in 2019 (that he never knew was caught on camera), his slow play garnered attention amongst fans and pundits (who knew that he was actually acclimatizing us, prepping golfers and fans alike for 2020 DeChambeau). At the 2020 Rocket Mortgage Classic (an event that he won) he chastized a cameraman who caught a mini-tantrum on camera stating that it was bad for his brand. Most recently, at the Memorial Tournament, his quintuple-bogey 10 on the Par 5th 15th led to his caddie looking like a “goon” trying to block the cameraman from filming Bryson’s frustration. All in all, Bryson has repeatedly acted like a primadonna and if I could offer up some advice to him, it’d be this. Bryson, the only one that’s hurting your brand, is you. When you’re accomplishing what you are and you want to be in the spotlight. Expect the spotlight to shine brightly on you, when you’ve brought this much attention to yourself. How long has Tiger Woods been doing it and coping?

Recently, the Memorial Tournament has shown us something amidst the distance debate. There is something to course set-up and there is more than one way to skin the proverbial cat. You can score without bombing drives 423-yards like Dechambeau. Jon Rahm went on to win, but long-hitters like Ryan Moore, Jim Furyk, and Chez Reavie were all there for a while on the first page of the leaderboard. Personally speaking, this was the first PGA TOUR action that I’ve watched since the re-start, and it was worth it. A course set-up in a way that practically evened the playing field. Mr. Nicklaus, I applaud you for it and I can’t wait to see how your place looks in 2021. It might be worth a several hour road-trip for a day or two. I cannot wait to see how you make it “better”.

I’m not trying to make the golf course harder, I’m trying to make it better! And just like that, the process of renovating Muirfield Village GC is underway! pic.twitter.com/grmzRCvWFb