The time has come to look at one of the winners from this year’s Teezy Awards. The Wilson Staff D7 Forged irons were emerged victorious from the 2020 PGA Show Demo Day in the “Top Game-Improvement Iron” Category.

What made them the winner? Quite frankly, the D7 Forged irons checked all of the boxes for me. They had the looks, the performance, they had the sound and feel that I look for and they actually amassed a staggering 48 out of 50 points. Near perfection.

Back in October was the first time that I saw these irons from Wilson Staff. It was one of those things where my imagination ran a little wild. Even though I couldn’t swing them then nor take pictures (they were under embargo them) I knew that these irons would be on my “short list” to swing at the 2020 PGA Show.

When examining the D7 Forged irons a few things come to mind. First, the D7 irons from 2019 were designed with much of chassis of the phenomenal FG Tour V6 irons in mind but with some obvious and noticeable differences.

Located on the sole of the D7 Forged irons are Wilson Golf’s patented “Power Hole Technology” (PHT). The PHT placement has been changed and “optimized” when it comes to the forged heads as opposed to their cast brethren. PHT increases face deflection (or trampoline effect) and in doing so, ball speeds and distance are increased.

“Power Chamber Technology” is an innovation from the Chicago-based manufacturer. you’ll notice that the “Power Holes” are not hollow. A proprietary innovation/material “fills the Power Holes as well as the entire chamber behind the face” which is said to result in dampened vibration for resulting in reduced vibration resulting in better sound and feel.

The lofts are bumped a little as the PW is 44º and the stock shaft offerings are that of KBS $ Taper Lite (steel) or the True Temper Catalyst 80 (graphite). 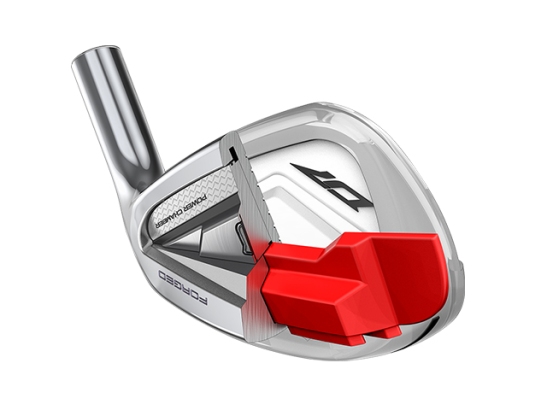 First things first, I feel that I need to clear something up. Are the D7 Forged irons a Game-Improvement (GI) iron or are they a “Player’s Distance” iron? In my opinion, the D7 Forged irons are a Game-Improvement iron, and here’s my reasoning. A few years ago, Wilson introduced a “letter code” system for their products. They were F, C, and D respectively. “F” (Feel) was aimed towards their Tour irons (FG Tour VT, FG Tour100, etc). “C” (Control) was for the player that wanted characteristics of a “player’s iron” with the forgiveness and distance of a GI iron (C100, C200, etc). Then there was the “D”  (Distance) category. These irons offered more offset, strong lofts, and were GI or Super GI) through and through. Based on the letter code and Wilson’s past marketing, the D7 Forged irons are GI irons.

Aesthetically speaking, these irons are real eye-pleasers. I thought that they were “eye candy” in October, and under the Florida sun, they were even nicer than I thought. Their satin chrome finish glistened, and for the most part, their cavity is pretty clean. The graphics are clean, simple, elegant and to the point. “The Shield” is neatly placed and I like the simple silver with black detailing. There’s just enough there to let people know that this iron is a “D7”, it has a “Power Chamber” and that it’s “Forged”. The sole is of a moderate thickness to help prevent digging and reduces “fat” shots and the “Power Holes” are not an eyesore. The top line is definitely much thinner when compared to many others in the category in 2020. I loved looking down at them in the address position. The D7 Forged irons because of their aesthetics will appeal to players of all skill levels.

When it comes to the feel and sound of these irons, there is nothing to dislike. There MUST be something to the “Power Chamber Technology” because these irons feel fantastic. Nearly every shot felt great as the ball propelled off of the face and yes, I experienced no issues with vibrations. If there was a day where there should have been some semblance of vibration, it was in the cold at Demo Day. Now, a lot of the feel can be contributed to the soft 8620 Carbon Steel that was employed during the manufacturing process. The sound is an authoritative “thwack” that sounds. I loved the feel and sound of the D7 irons. 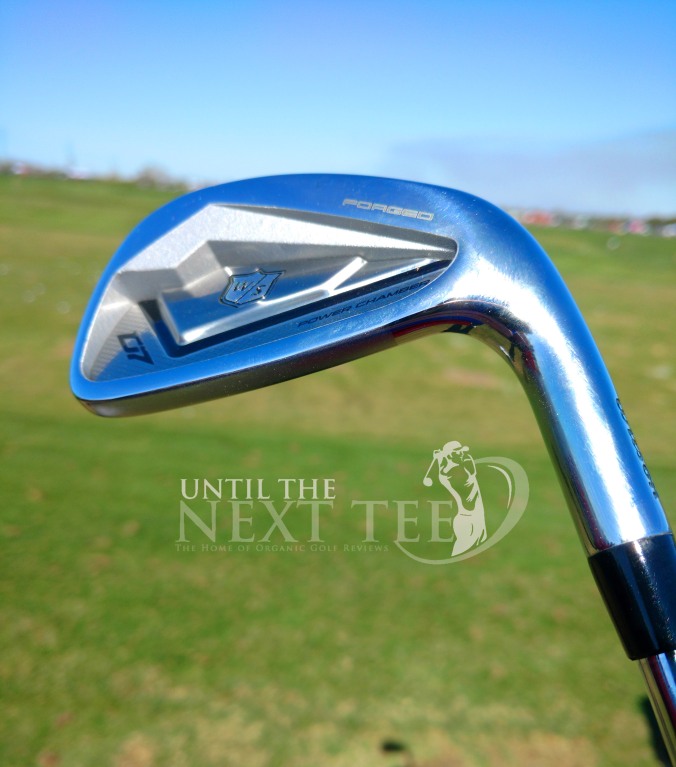 The performance of the D7 Forged irons was astounding. These are very easy to swing and easy to hit irons. I never saw a D7 Forged with the stock True Temper Catalyst 80 shaft, so I settled for trying out the steel-shafted offering. The KBS $ Taper Lite is a mid to high trajectory shaft and low to mid-spin. With the slightly stronger lofts, this shaft is paired extremely well with the head. While having a swingweight of D2 the D7 Forged felt heavier than advertised through impact. This is a good thing and complimentary. I love a D4 to D5 because I like to know where the head is throughout the swing. Moreover, I love to feel the head pass through the impact zone.

Golf shots were easy to control. These irons are “workable” and tight draws were the norm into the teeth of the wind. Working the ball in the other direction (left to right) was pretty easy as well. Flighting the golf ball was a snap. So, if you need to dial up a stinger for your approach shot into the green, fear not, the D7 Forged will do it with “gusto”.

Distance, this is always a tough aspect to gage when hitting products at Demo Day. One of the first questions that I’ll ask a rep at Demo Day is “How far is it to that pole?” and they almost always have an answer. Upon finding out that a certain target was 150 yards. I figured a 7-iron would be the selection based on the wind which was no less than 2 clubs bordering on 3. In short, it was too much club. The 8-iron got the distance dialed right in. My point being, these irons are long. How far would that 8-iron have flown in more favourable conditions? 165-170 yards? The flight of the ball is “long and strong”. Is it possible that the D7 Forged irons are too long? Maybe, but as my years advance, I’m not going to complain as long as i can get my gapping right.

The D7 Forged won the Teezy Award for their category and for good reason. The D7 Forged earned every point that they received. The D7 Forged irons come highly recommended from me for those golfers looking for a new set of irons in 2020 or beyond. Long, workable, forgiving, and pretty.