When you think about the arsenal in your golf bag, what is the one product or piece of equipment that you use on every shot from tee to green? A driver? No. A putter? Nope, not that either. How about the golf ball? Whether you’re a scratch or better golfer firing 68s or a golfer that shoots scores a little higher, it’s the golf ball that is omnipresent.

When news started to percolate out of the Bridgestone Golf  “camp” about a new TOUR B golf ball, I was caught up in the “hype” that their savvy marketing team was sharing over social media.  Not to mention, there were some very exciting things being said about the “then” new prototype TOUR B golf balls that Matt Kuchar had put into play. Better numbers were being touted with the prototype when compared to the 2017 iteration.

In a nutshell, the golf ball was re-invented with new technologies. So, let’s have a look at what the new TOUR B golf balls for 2020 are all about. 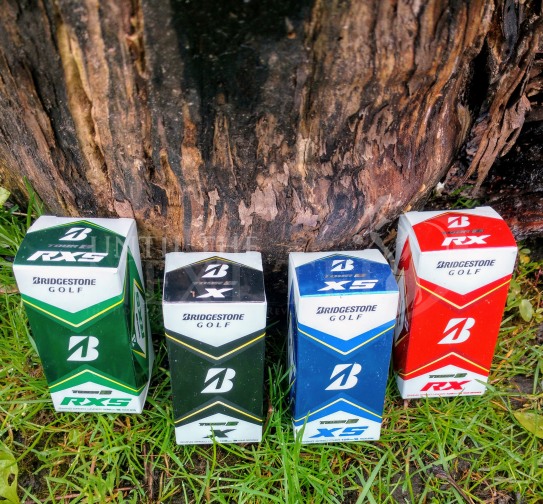 Bridgestone Golf has once again released a range of golf balls using the same monikers.

In name, they’re the same, but that is where the parallels end. There is a ton of technology put into the new TOUR b golf balls, and much of this technology was put on display by Marketing Manager Elliot Mellow at the Bridgestone Golf booth during the 2020 PGA Show.

As you noticed, there are two categories of TOUR B golf balls. While all of the TOUR B range has the same MSRP ($44.99) there is a difference in the golf balls. You’ll notice it in the name. Where the TOUR B (X and XS) are geared for players with swing speeds more than 105 mph the RX and RXS are geared more towards the recreational player and those with swing speeds less than 105 mph with one Major exception.

There has been no golf in Ontario since March. So, this is why this is a “First Impressions” review. Until golf resumes where I live (thanks COVID-19) my testing thus far was conducted right after the PGA Show while I was still down in Florida.

To conduct the testing, I would have one night where I spent considerable time focusing on the short game side of things (putting, chipping, pitching, and bunker shots). Secondly, I would play a round of golf before departing Florida where I would have an opportunity to see what the TOUR B golf balls did tee to green in real-world conditions.

For the sake of keeping everything streamlined and organized in the writing of this review, I’ll break everything down by the golf ball. I’ll touch on each of the characteristics that I noticed.

TOUR B X – This is the golf ball that has been validated on TOUR by the likes of Bryson Dechambeau, Lexi Thompson, and Matt Kuchar.

I found this golf ball to feel the most firm out of the four golf balls. It was something that I noticed on the first night of testing around the greens chipping and while putting. Without knowing and looking, I could tell that this was the TOUR B X. The green was firm and I was genuinely surprised by the amount of roll that it had. You never expect a golf ball to check up out of the rough, but from tight lies, I expected more. Maybe, my expectations were too high? I’m not suggesting that the golf ball rocketed past the hole, it’s just that it didn’t stop where I planned on it stopping.

On the golf course, the next day, it was a recurring theme when it came to the short game. However, when it came to other aspects of the game (driving and approach shots) the TOUR B X has decent distance, was very controllable, and had very nice approach spin. Kudos to the REACTIV Urethane Cover. Even though it’s classified as being soft, for my liking I found it to be too firm.

TOUR B XS – The golf ball that Tiger plays and designed.

Ironically enough, without looking to see which golf ball this was during the first night of testing I was able to identify which golf ball this was as well. Feel is a very individual sense and as “firm” as the X was the XS is not. I found it to be that much softer. Of course, this golf ball is not mushy. I really liked the greenside control that the TOUR B XS exhibited and this ball performed exactly as I felt it should. It checked and stopped where I felt it should have (other than out of rough) and I enjoyed the feel off of the putter.

On the course, I hit some of my best shots that day using this golf ball. I’ll be honest, I don’t know where my clubhead speed is at the moment but I did hit some very nice drives with this golf ball. I don’t hide the fact that I gravitate towards a softer feeling golf ball. Maybe, it’s because of my advanced years. All that I know is that the XS seemed longer than the X. Easier to compress? Tee to green this ball felt very good. Driver and irons alike. Again, this golf ball was very controllable and checked off a lot of boxes for me, in regards to what I look for in a golf ball. Looking back at 2017 and that review, I determined that the TOUR B XS was the choice for me. It might be the same for 2020.

TOUR B RX – As mentioned, the TOUR B RX is geared for golfers with swing speeds under 105 mph. In the past, the RX and RXS dating back to the B-330 RX and RXS had a borderline “cult following” amongst recreational players.

I felt like the RX fell somewhere in between the TOUR B X and XS in terms of firmness. Rolling putts, it had a nice blend of firm meets soft and the same really could be said of the other aspects of the short game when using the RX. Chip shots did tend to have some rollout characteristics and I would contend that the rollout was a shade more than that of the TOUR B XS.

Implementing the RX on the golf course did see a lot of good things going for it. In my estimation, the distance was about on par with B X. The RX felt really nice on full iron shots and in general, on any swing more than a chip this ball delivers good feel. 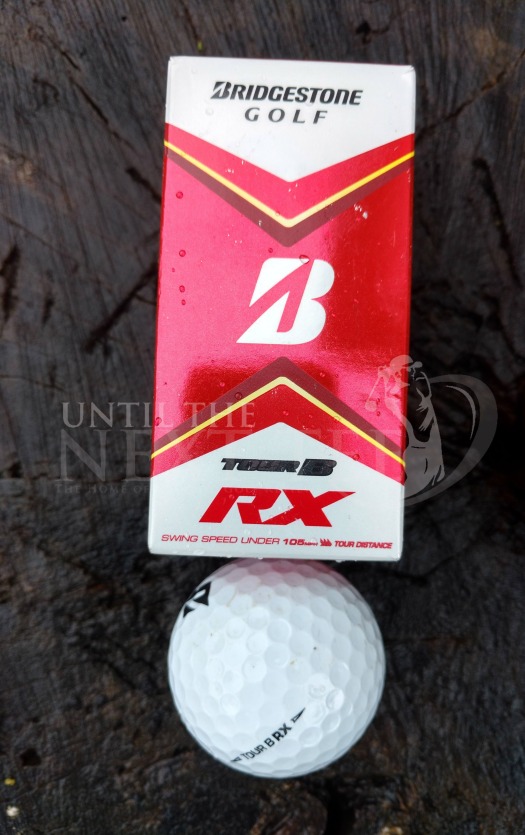 TOUR B RXS – Also geared for the “recreational player” and players with swing speeds under 105 mph is the TOUR B RXS. Or is it geared for that type of player?

The golf ball played by Rocco Mediate and Fred Couples. THIS golf ball could be a serious cult hit!!!

The feel of this golf around the putting green feels great with on any shot. Putting, chipping, and pitching. It really made no difference, it just felt really stinking good! The greenside spin was so good, that at times I thought, it was the TOUR B XS. The RXS was quite predictable and I would suggest as predictable in terms of playability and reaction around the greens.

While testing this golf ball on the golf course, I was borderline “giddy” with the results that I was seeing. The TOUR B RXS just felt “explosive”. There was no doubt that this ball yielded by longest tee shots out of the four and more can be said about distance with the irons as well. This is a very good golf ball (tee to green) and for a golf ball and what I look for, the TOUR B RXS checks ALL of the boxes for me. The TOUR B RXS IS my favourite from Bridgestone’s 2020 golf ball line-up.

Bridgestone Golf really might have “re-invented the golf ball”. Bridgestone Golf R&D has placed a lot of time and effort into golf ball development and it shows! The REACTIV cover technology coupled with their proven dimple in dimple design works. This is a golf ball that performs exceptionally well, and depending on what you look for in a golf ball, there’s a golf ball for every type of player.

If you’re really unsure of which golf ball model to choose there are options. You can head over to the Bridgestone Golf website by following this link. There, it’ll give you the option of using their new VFIT Ball Selector tool, VFIT Video where you record your swing in slo-mo using your phone and submit your video to their Ball Fitting Experts (they are the best in the biz for ball fitting) or if you know your launch conditions you can use VFIT Numbers.

Give the new TOUR B a look (as golf opens up here, there will be a follow-up to this review. Stay tuned!)