If you’ve been living under a rock you haven’t noticed a few things.

Who remembers when Keegan Bradley won the PGA Championship? That’s right the year was 2011. That victory was actually his debut in Major Championship golf. You might also recollect that Keegan Bradley also qualified for the 2012 Ryder Cup (U.S. Team). If in the event that you recollect that you might also remember that Keegan Bradley has tasted victory on three separate occasions. No wait! Make that four occasions after his recent victory at the 2018 BMW Championship. It’s almost by design that out of 4 victories this was his third in a playoff outlasting new World #1 Justin Rose.

It was a a little while ago when I pointed out on Twitter that after a long absence that Keegan Bradley was trending the right way. As a matter of fact, I said to the Marketing and Communications Specialist for Srixon Golf (Noelle Zavaleta) that at the RBC Canadian Open you could really start to see things change for Bradley. He finished in 4th place that week. Several weeks before he finished T-13 at the Military Tribute at The Greenbrier and a T-7 at THE PLAYER’S Championship. It’s always nice to see a player fight back and reclaim prior glory.

In the press release below as shared by Ms. Zavaleta we take a closer look at what Keegan Bradley used for the victory. Please have a look.

HUNTINGTON BEACH, Calif. – September 10, 2018 – Trusting the tour-validated performance of his Srixon and Cleveland Golf equipment, Keegan Bradley survived a rain-soaked Monday finish, and a sudden-death playoff to win the BMW Championship at Aronomick Golf Club in Newtown Square, PA. With this win, Keegan moves into 6th position in the FedExCup points standings and will head to Atlanta for the Tour Championship.

Entering the final-round three shots off the lead, Bradley went to work early and often making five birdies on his way to an opening-nine thirty-one.  With plenty of work still to be done, Keegan would make three huge birdies on his final five holes to finish twenty-under-par for the week and force a sudden-death playoff. In sudden-death, Keegan would two-putt for par to capture victory, in the third leg of the PGA Tour playoffs.

“It’s so hard to win out here,” Bradley said. “To come all the way back here and win again, I mean, it just means so much, I’m speechless right now.” 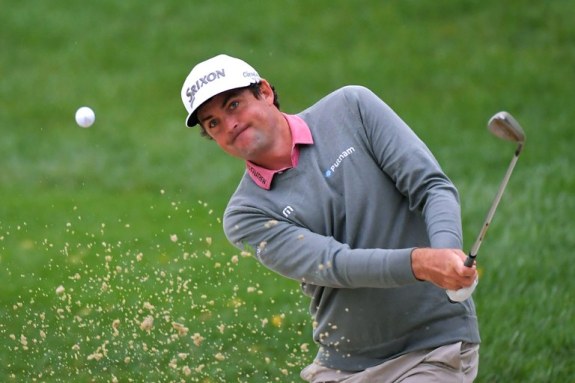