Well, a heartfelt congratulations go out to the team representing the United States for staging a comeback in the 2019 Presidents Cup. With the victory (16-14), the team led by Captain Tiger Woods retains the cup and of course, another accomplishment has now been added to Tiger’s impressive resume. Here are my final gimmes from the Presidents Cup. 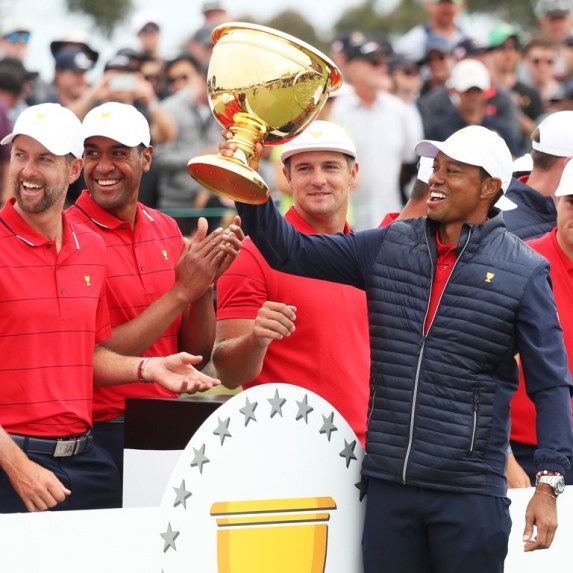 Well, that wraps up my coverage for the 2019 Presidents Cup. Hopefully, when the event is next held in 2021 at Quail Hollow Club (Charlotte, NC) it’s just as exciting.

As the third day of the Presidents Cup has come to a conclusion the Ernie Els led International Team is up by two points leading 10-8. Heading into “Sunday Singles” the Americans have closed the gap. Here are my gimmes from Day Three. 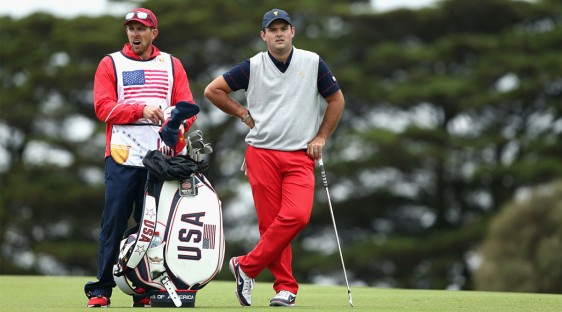 As I sit down and write this the International Team leads the United Staes Team 6.5-3.5. Here are my “Gimmes” from Day Two at the Presidents Cup. 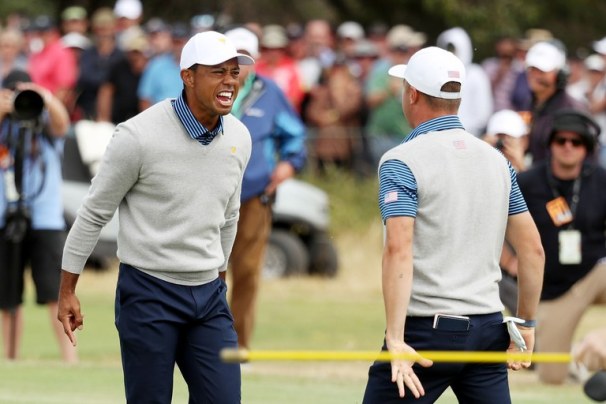 Patrick Reed having some fun with the crowd. #QuickHits pic.twitter.com/RFEz6kgaUQ

In this post, I’m going to summarize my “hot takes” called “Gimmes” on my observations from Day 1 of the 2019 Presidents Cup. Because the post itself would be too long on social media (Twitter, Facebook, etc) I thought that right here in these pages would be the perfect way to make some observations. Oh, if you have Twitter and Facebook here are my links to follow me.

Of course, feel free to subscribe to this WordPress as well. So with the self-promotion out of the way. It’s “Gimme Time”. 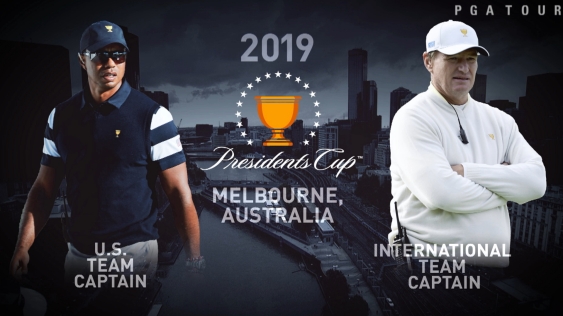 As I have passively sat and watched the 2019 Hero World Challenge from the lovely Bahamas I have a couple of quick thoughts.

Look at who’s playing and who isn’t? Other than a smattering of U.S. players and a couple of Euro’s thrown in for good measure (Justin Rose, Jon Rahm, and Henrik Stenson) it’s hardly a “World Challenge”. To be fair, the guys from the International Team who may play in this event are playing in this week’s Australian Open. At the root of what I feel it truly is the Hero World Challenge is an exhibition event. Yet, here we are. Somehow, some way, a little bit of controversy seeps its way into the event. We know what I’m talking about.

Patrick Reed and the waste bunker incident. Or as I call it “TrapGate”. Just because Patrick Reed’s name is on this already makes golf fans (and observers) want to gather in an unholy mob and lynch the man. For the most part, the golf world “hates” Reed. Much can be said of the reason why this is the case. You could suggest that Reed, himself, has done it well… To himself. The brash claims of being a “Top-5 player in the world” early in his career (he wasn’t far off) and his past while attending university (accusations of stealing and cheating from his teammates) has never helped his cause.

So while in a waste bunker in his Friday round on the Par 5 11th hole he was observed ‘improving his lie”. “Fluffing” if you will. A picture is worth a thousand words, so I’ll let the video evidence present itself. I know, many of us have already seen it. But even TMZ covered it. TMZ!!!

There’s no doubt in watching it, that the lie was improved. As the commentators said, twice in fact. I have a question out of this. Or maybe two, and a lot of you are going to be pissed-off at me about one of them. But before I continue, did he set a precedent? Same event back in 2015, no penalty. BTW, great sleuth work to DZ Golf. I thought I saw this before from him.

Good find here, Patrick Reed at this event in 2015. Again, only one camera angle tho … pic.twitter.com/iRJwLVot0x

Golf fans, in the end, he accepted a two-stroke penalty as handed out by PGA TOUR rules official Slugger White. He admitted and accepted responsibility. Maybe the intent was truly there and deep down inside he knew it. Could it have been two two-stroke penalties? I think the possibility exists but it wasn’t what was doled out to him. He took his poison. Let it go and move on. If it were Tiger or some choice other players, you know you’d let it go. Many of you are calling for him to be replaced by Kisner or Brendon Todd. It’s not going to happen. Besides, what about Na?