When Brooke Henderson switched to the TaylorMade TP5x featuring 5-layer performance earlier this year, she listed getting back to a multiple win season as a goal. She has now accomplished that goal as the major championship victory accompanies her win from earlier this year at the ShopRite LPGA Classic.

Opening with consecutive rounds of 64, Henderson closed the weekend out in style by making birdies on 14 and 15 and a closing birdie on the 18th hole to secure the victory.

With seven Top-10 finishes this season to round out the two victories, Henderson was in control playing her #7 TP5x in France, hitting 76% of fairways and 81% of the greens at the Amundi Evian Championship. She now jumps to 2nd in the season-long Race to CME Globe ranking.

Throughout the week wearing her TP Glove from tee-to-green, Henderson performed under both heat and major championship pressure. Henderson switched to both the TP5x as well as the Tour Preferred Glove earlier this year when she joined Team TaylorMade. 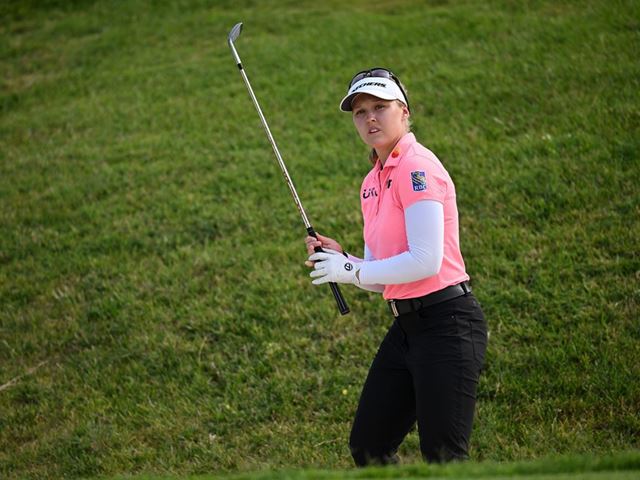 For more insights on why Brooke chose to play TP5x, click here