CARLSBAD, Calif. (August 10, 2020) - TaylorMade Golf, the industry leader in innovation and technology, today announces the all-new SIM UDI and SIM DHY™ utility irons. Building on the success of SIM Max Rescue™, which has achieved unprecedented PGA TOUR adoption, the latest additions to the SIM family provide golfers with new options for completing this critical part of the bag – the space between the longest playable iron and shortest fairway wood. 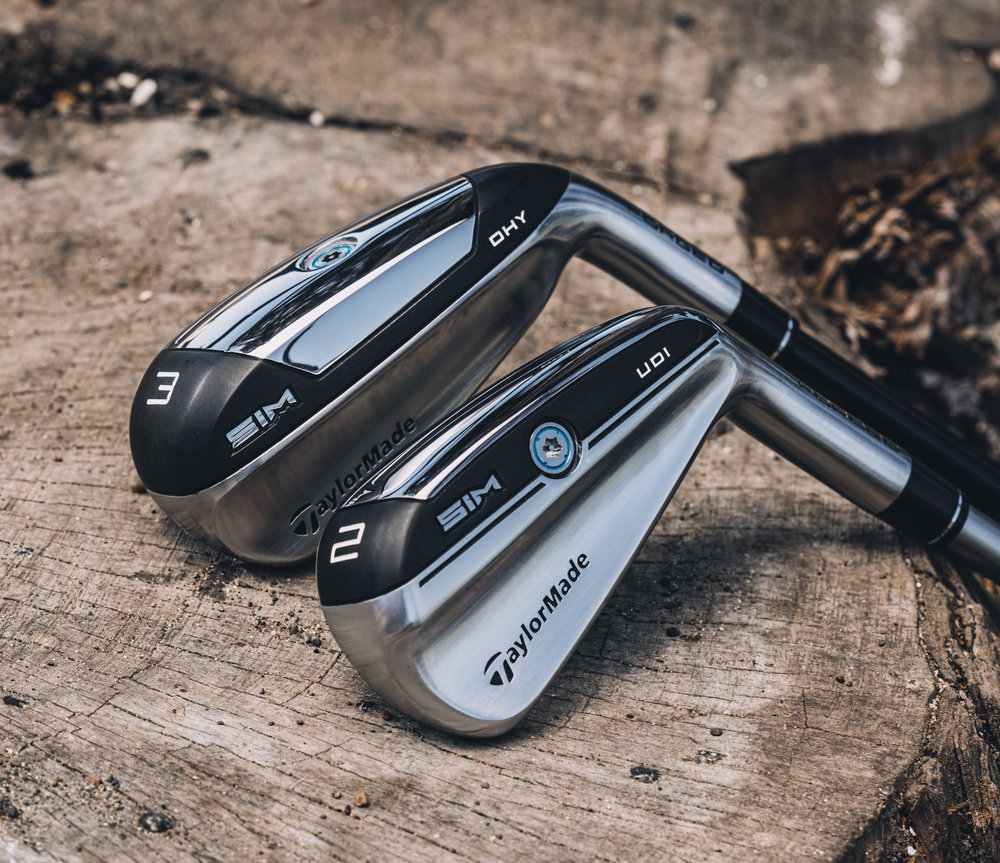 As with the entire lineup of SIM products, shape plays a pivotal role in the performance of both SIM UDI and SIM DHY. Two noticeably different shapes contribute to a variance in performance and ball flight between the utility irons.

Drawing inspiration from the V Steel™ construction of SIM Max Rescue, both UDI and DHY feature a rounded camber from heel to toe that improves turf interaction, particularly on uneven lies. This a key component to the versatility of each club, making them playable off the tee, from the fairway, in the rough and even from the bunker.

Both models boast a hollow body construction with a forged C300 steel face, which is the same material the company uses in SIM Max fairway woods and Rescue. This ultra-strong steel helps produce incredible ball speeds while also delivering a forged feel to each product. Additional similarities include proven technologies such as SpeedFoam™ that allows engineers to push the limits of ball speed while maintaining impressive feel and the Thru-Slot Speed Pocket™ for improved performance on shots struck low on the face.

While the TaylorMade GAPR utility irons featured an adjustable Loft Sleeve™, feedback from expert club fitters revealed a preference for traditionally bonded hosels in the SIM UDI and DHY to better allow fitters to bend for precise loft and lie configurations (+/- 2°). Completing the package is an elegant chrome finish with black accents for a clean and premium look.

Designed for versatility and forgiveness, SIM DHY™ is truly a superior driving hybrid. Engineered with a hollow body construction that allows for a low and deep CG placement, SIM DHY delivers easy launch with a mid-high trajectory.

Enhancing the low CG characteristics is a newly developed SpeedFoam™ material that is 35% less dense than the standard urethane foam injection used in other TaylorMade products (P•790, P•770 and P•790 UDI). The lighter material allowed company engineers to position CG lower within the clubhead to promote a higher launch and trajectory while promoting a soft, solid feel. Adding to the low-CG properties is a port on the sole of the club where the SpeedFoam is injected. The port is filled with a heavy TPS screw that drives CG even lower.

With SIM Max Rescue™ proving to be one of the best hybrids we have ever made, SIM DHY gives golfers even more options to complete this critical part of the bag. It’s the ideal

complement to fairway woods, while also providing an easy-to-hit alternative to long irons.

Designed with insights from the game’s best players, SIM UDI is truly the Ultimate Driving Iron. With a confidence-inspiring shape at address, it’s a club built to control shot shape and

Unlike DHY, the TPS port is positioned on the rear of the club in SIM UDI. This raises the CG slightly to promote a lower launch and more penetrating ball flight – making it a powerful option for the player who demands control and versatility in the long game. Aggressive score lines along with the C300 face and SpeedFoam give this product the feel a completely forged iron while maintaining the performance of a hollow body construction.

Both SIM UDI and DIM DHY will be available for preorder on August 14 and at retail beginning September 4. The UDI ($339.99 CAD) model is equipped with the graphite Mitsubishi Diamana Thump shaft (X 100g, S 90g) as well as the Lamkin Crossline 360 grip. Available in lofts of 18° and 20° in both RH and LH.