Have you ever been so happy about something that you couldn’t wipe the smile off of your face?

Well, that’s exactly what happened to me yesterday. I’ve experienced this sort of euphoria before, most notably it was when I was fishing with my father, any time that I’m fly fishing especially on small streams, and yes I’ve had this sort of feeling before on the golf course. Yet, I didn’t have that feeling after getting my first Ace last year. That felt triumphant as I watched the golf ball disappear into the hole, but then that joy practically evaporated when I realized quickly that there was nobody to high-five or that witnessed the feat.

Yesterday was different. Golf courses opened up in Ontario this past Saturday which meant that I was now back to work. I opened and welcomed the first golfers onto the golf course that morning and I had plans to play my first holes of 2020 after that shift. That never came to fruition because our tee sheet was the busiest of any that I’ve ever seen in my years working in the industry. As it turns out, 250 golfers hit the golf course at Scenic Woods Golf Club that day. Only 16 people were “no-shows”. While I was disappointed to not play I was okay with it, after all, that day was about Members and Guests. 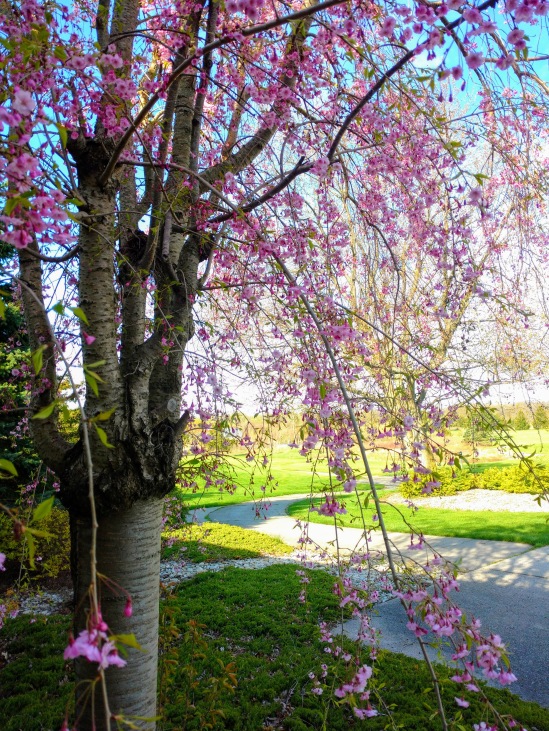 I’m no botanist and I don’t know what kind of tree this is. But the morning was gorgeous.

Then Sunday happened. Sunday was pretty steady as far as the tee sheet went. The morning brought out golfers. Clouds gave way to sun and that sun would give way eventually to rain. A system that was supposed to dump 100 mm from Sunday to Monday. Upon finishing my shift, I knew that I was going to play at least 4 holes. I was stoked, and I was just ecstatic to find out that my GM was going to join. Rich, is a great guy and a lot of fun. So we loaded up our respective carts (I was going to walk) and made our way to the 1st tee.

I won’t give a play by play of what happened but I will say that my 1st tee shot of 2020 was not what I had expected. If I was going to miss, I predicted on social media that it would be the low left. Instead, it was right of right and my opening tee shot using a Tour Edge Exotics EXS 220 that I’m testing for review ended up on the landing area of the 4th green. Oops! So I pulled out the  3-Wood for my recovery and dag nab it, it went right into the fescue on the right side. A dropped ball, a 7-Iron (also a club that I’m testing the Exotics EXS 220h), and a pitch later. I one putt to card an opening bogey (the hole is a Par 5). The start wasn’t what I expected. 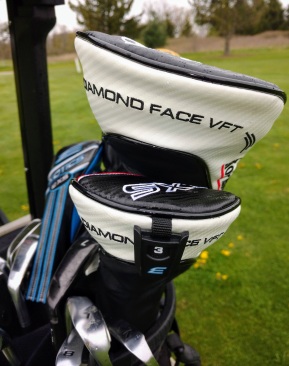 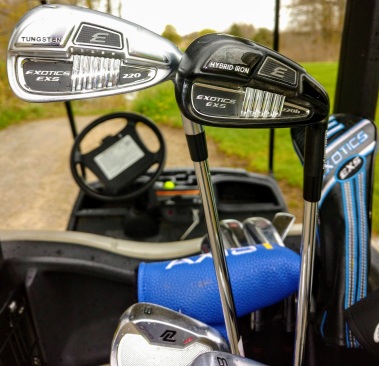 After 4 holes my GM and I went out separate ways. The rains had started to move in on the 3rd hole and instead of packing it in, I decided to play the Front 9 while entertaining thoughts of playing more. The rain got heavier and I left after 9 holes. My friends, there are better days ahead.

Admittedly, I struggled with the Exotics EXS 220 driver and 3-wood as I haven’t made a swing with anything longer than a 7-Iron since January 27th. I would figure out my issue by the time that I got to the 8th and the solution was obvious. I wasn’t releasing through impact because my grip pressure was too tight in my bottom hand. What a dumb-dumb right?! Now my short game, that was also unexpected as well. But for many different reasons. Another article for another day.

All that I know is this. Regardless of how it went yesterday and I did settle down nicely, that 9 holes were the most gratifying, satisfying golf that I’ve played in my life. Sure, I’ve come back from serious health issues and I was happy to be back on the course after recovering in those instances. Heck, in 2019 I came back from a Stroke, and that was an amazing feeling. But yesterday, that was different. I couldn’t get the smile off of my face.

It’s amazing what we take for granted when something is taken away from us.