The COBRA Golf KING SPEEDZONE was one of the many drivers that I looked forward to swinging in 2020. I had initially seen one in-hand for the first time back in October during an industry show in Kitchener, Ontario. At the time, I salivated in anticipation of what might be, based on the cosmetics of this driver. Would it live up to my expectations?

That was a question that I would have answered at the 2020 PGA Show in Orlando, Florida. Here is my review of the COBRA Golf KING SPEEDZONE driver based on the first impressions that it gave me at Demo Day at Orange County National Golf Resort and Lodge.

COBRA Golf touts that the new line of KING SPEEDZONE drivers are their longest, most powerful drivers that they’ve created to date. Drawing inspiration from motorsports, these drivers look fast just sitting still. You can see some of this inspiration just by looking at their “dual exhaust” inside of the rear of the trailing edge. The KING SZ drivers feature a CNC-milled face like we first saw in 2018 with that year’s KING F8. Just that this face has a twist, or shall I say a face with an infinity symbol which of course means “no limits” or “endless”.

“Infinity Face” is one of the technologies that we see in the KING SZ. In utilizing Infinity Face. the face sees an expanded sweet zone and more ball speed across the entire surface area of the face.

The “T-Bar Chassis” was introduced this year. The T-Bar Chassis is a section of the interior part that runs from the leading edge all of the way to the trailing edge. In adapting this cross-member COBRA Golf R&D were able to create a stronger frame and in doing so improved the feel and durability of the KING SZ driver.

Do you like the look of carbon fiber? If so, KING SZ drivers are just what you might be looking for. The KING SZ features a “360 Carbon Wrap”. The 360 Carbon Wrap covers a whopping 50% of the body. The use of all of the carbon fiber allowed COBRA Golf to move a staggering 25-grams of discretionary weight to use elsewhere. This is an absolute luxury in golf club design. By moving the weight around to other areas of the KING SZ drivers, this enabled engineers to create a driver with forgiveness to burn.

Making a return and introduced in 2019 is SPEEDBACK technology.SPEEDBACK weighting is a total of 69-grams of weight that’s positioned as low as possible resulting in the KING SZ driver’s high launch and low spin characteristics. SPEEDBACK AERO SHAPE gives the KING SZ a streamlined shape that transfers airflow energy which aids in providing “maximum acceleration” into the golf ball where you need it most. Through the impact zone.

Both drivers are offered in either a yellow and black or a white and black colorway.

KING SPEEDZONE: This driver is for “better player’s” looking for a driver that packs a ton of punch into a head that is more traditional in its appearance. Very notable is that golfers have the opportunity to find their optimal launch and spin characteristics via two adjustable weights (front and back) that adjust the center of gravity (CG). For lower spin in what’s already a head that’s designed to be lower spinning, golfers can place a heavier weight in the front which brings this low-spinning head even less spin. This is a feature that might benefit the higher spin player that doesn’t fit into the recommended profile (0 to 10 handicap). The standard lofts are 9* and 10.5* respectively. The KING SZ is designed to be controllable and workable.

KING SPEEDZONE XTREME: The KING SZ XTREME is designed with higher handicaps in mind. The targeted handicap is anybody that play’s to over a 10 handicap. Players with a lower handicap can benefit from this driver. The profile is a little more oversized and forgiveness is the key design feature here. There is one weight seen in the sole of the KING SZ XTREME. this weight is placed low and back aiding in the launch and enhanced MOI characteristics. The KING SZ XTREME is offered in standard lofts of 9*, 10.5* and 12* respectively. The head of the XTREME is described as being low to mid-spin.

** Both drivers have several hosel adjustments typically seen in COBRA Golf over the last several years. These adjustments include adjustments of +/- 1.5*.

Aesthetically-speaking this is a driver as mentioned that looks fast sitting still. The inspiration from motorsports racing is obvious. Not only are the red “dual exhaust tips” noticeable but so are the “racing stripes” and accents just add to the illusion that this driver is fast and packed with plenty of horsepower. The KING SZ drivers have plenty of “rack appeal”  and they really do stand out in a golf shop. The face of the KING SZ is the prettiest in the industry. The CNC-milling is done with a purpose and the infinity symbol is another cosmetic stand-out of this driver. Your face is my case KING SZ.

In the address position, there is a difference in the profile between the two heads. It’s a difference that isn’t glaring in my opinion. But there is a difference. Either way, the look at address is confidence-inspiring. You get over the golf ball and you just want to put a swing on with the KING SZ. You just sort of have that urge to annihilate the golf ball and cause it cruel and unusual punishment. The KING SZ just sits so great at address. I like the simple alignment aid and the detailing around the trailing edge.

The performance of the KING SZ drivers is outstanding. Starting with the feel and the acoustics of the KING SZ drivers. Exactly what I look for in a driver. The acoustics are not intrusively loud but are also not muted in any way. When you make a good swing with these drivers you know it because the golf ball “blasts off of the starting line” (drag-racing reference). The sound and feel are so gratifying and in saying that I actually scored the feel and acoustics a perfect 10/10.  Sticking with the feel for a second, I just wanted to touch on the “other” feel. The feel through impact. Out of the two drivers, I liked the feel more of the SZ than the XTREME through the impact zone. I just felt like that I knew where the clubhead was at all times whereas with the XTREME I sort of “lost” that reference point. The ballflight is long and deep with both versions of the KING SPEEDZONE drivers. The ball gets up quickly and flattens out quickly. The flight penetrates and just flies downrange. In fairness though, the COBRA Golf booth was set-up in their customary location on the range at Demo Day, which gave them the advantage of attendees making swings with a helping wind.

The KING SZ XTREME might be one of the most-forgiving drivers that I made swings with at the 2020 PGA Show and among the most-forgiving that I’ve ever made swings with. I would definitely place it in the top two and that’s because it just seemed that no matter what I did, the golf ball went straight. Off-center strikes stayed straight and true with nary a loss in distance. The KING SZ is also a forgiving driver, so if you’re looking for a forgiving driver and prefer a more traditional shape, do not shy away from the KING SZ if you don’t “fit the profile” of the geared towards golfer of this driver. 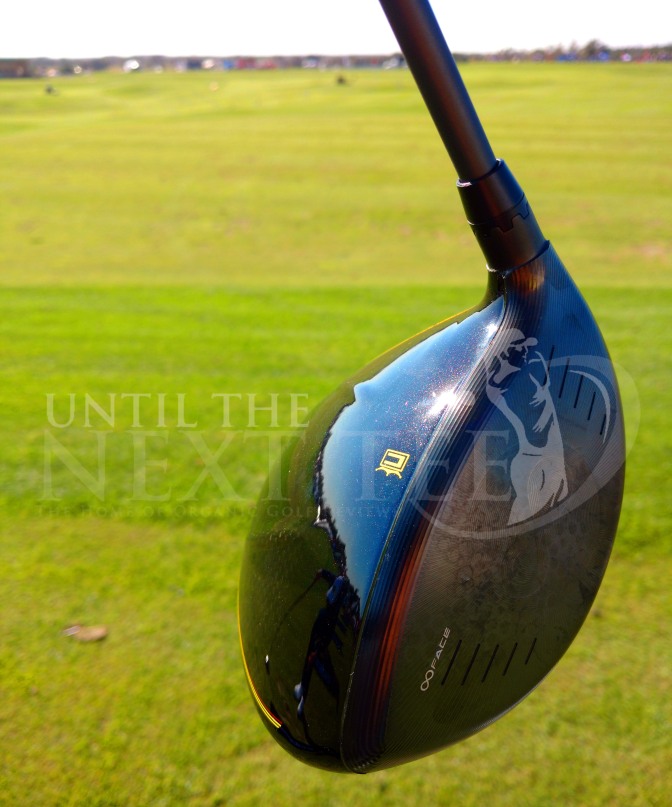 I’ve said in the past that COBRA Golf is one of the biggest “movers and shakers” in the golf industry. The KING SZ drivers have not changed my sentiment. If you’re a golfer looking for a new driver in 2020 these drivers should be a serious contender and on your “must swing” list. The list impressive as far as the stock shaft offerings that include the Project X HZRDUS Smoke Yellow 60, the UST Mamiya HeLIUM, Aldila Rogue Silver 60 (110 MSI) and the Tensei CK AV Blue 60 from MCA.

The KING SZ and SZ XTREME drivers boast a perfect combination of distance and forgiveness. The latter is undeniable. Golfers will love the explosive feel off of the face. In my opinion, these drivers are an upgrade over their counterparts from 2019 and mot by a small margin. The KING SZ and SZ XTREME drivers definitely met my expectations and then some. One of the best of drivers of 2020.