Willowbrook, IL — The nation’s #1 golf club fitter, Club Champion, recently pioneered the category of “smart fitting” by partnering with Arccos Golf. In addition to the company’s existing 2,000 grip options, Arccos’ smart grips and smart sensors will be available through all of Club Champion’s 70+ locations, with or without a club fitting.

“Having access to our clients’ Arccos on-course shot data allows us to fully understand each player’s unique golf DNA,” said Nick Sherburne, Club Champion founder. “The data is golden. It helps golfers and our fitters better track performance while gaining an unbiased understanding of where they excel and what they need to improve. This will further solidify Club Champion as the leader in fitting and helping people get better at the game of golf.”

Club Champion is no stranger to employing technology in fittings, but this will be the first platform of its kind to be added to their systems. Arccos Caddie is golf’s first AI platform and is used worldwide – with more than 300,000 registered users who have played 3.8 million rounds and taken over 200 million shots using the system.

“With Arccos Caddie, every Club Champion fitter can get a contextualized picture of their clients’ games,” said Sal Syed, Arccos CEO and co-founder. “This can be a huge positive for the fitter-client relationship before, during and after each studio session.”

Thanks to the insights provided by Arccos Caddie, users improve faster than with any other system. In 2019, the average Arccos Caddie user who played at least five rounds lowered their handicap by 4.2 strokes. 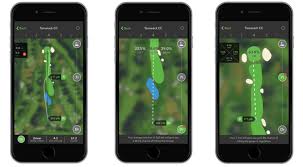 Ranked by Golf Digest as one of the 100 Best Club Fitters 10 years running, Club Champion hires experienced fitters who then receive an additional 150+ hours of training, which is unmatched in the golf industry. The company has a unique coupling system used to combine any head and shaft together, so golfers hit the precise combination to be custom-built for them. They are the only fitter in the country to offer 45,000 interchangeable head and shaft combinations on-site,

Learn more about the Arccos Caddie system at www.arccosgolf.com. More information about the nation’s top club fitter and builder can be found at www.clubchampiongolf.com or by calling (888) 340-7820.