CARLSBAD, Calif. (January 29, 2020) – TaylorMade Golf Company, an industry leader in innovation and technology, introduces the second generation of the high-visibility line of pix™ golf balls. For the first time, pix™ will be available in both the TP5 and TP5x models with a revolutionary visual technology developed in conjunction with Rickie Fowler. 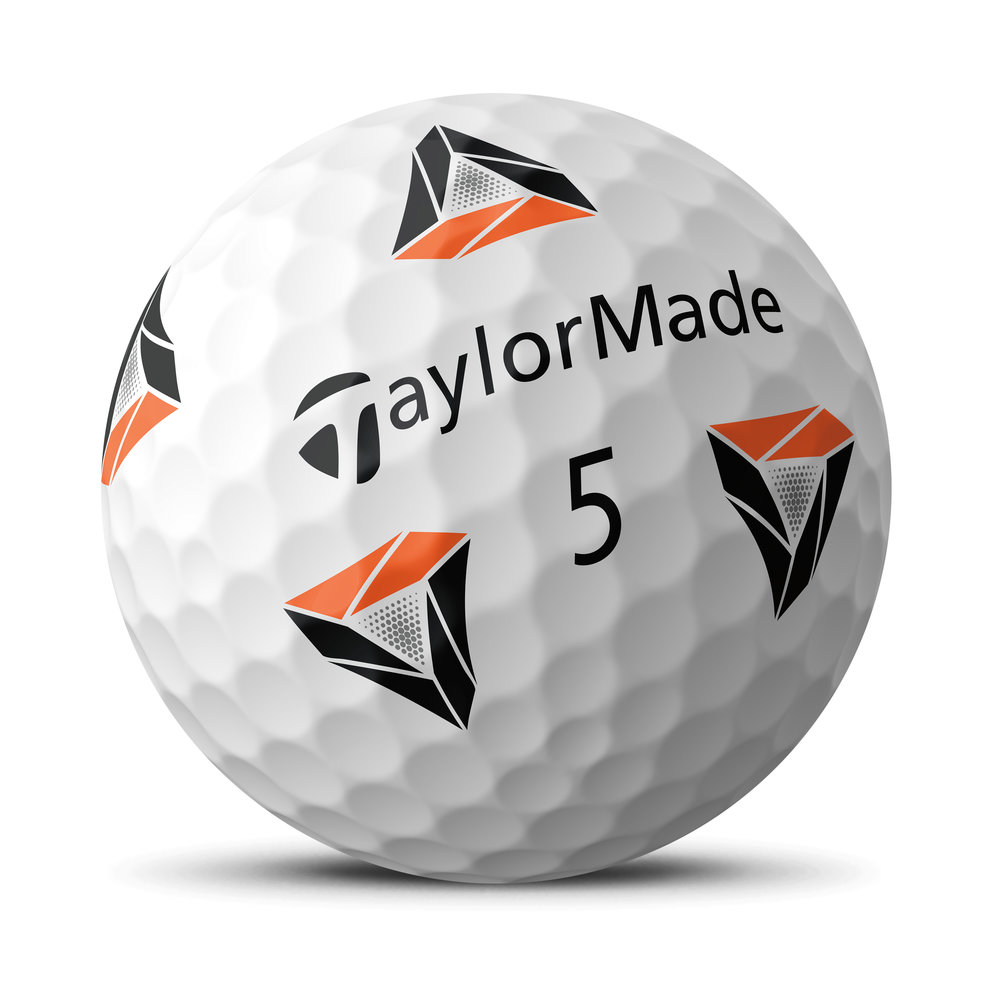 Fowler has long been recognized as one of the best putters on the PGA Tour and his insights proved invaluable in the creation of pix. Over the course of a year, TaylorMade teamed with him to develop a golf ball that reflects his swagger and meets the performance demands of competing at the highest level.

“The pix graphics give you a precise focal point to work with. When we started developing the new design, one of my first comments was if we didn’t have the full TaylorMade logo in two places, we would have space to create a path that works for alignment and feedback.” 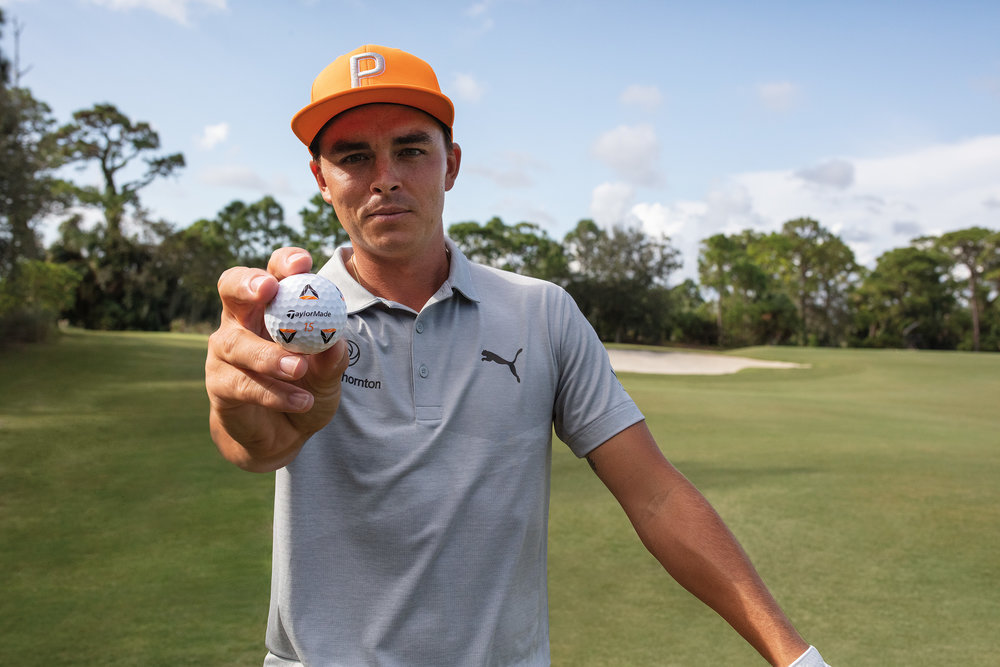 Like many golfers, Fowler prefers to draw a line on his golf ball to help him align putts on the green. The previous generation of pix and all other high-visibility products made that virtually impossible. Inspired by Fowler’s insights, TaylorMade uniquely positioned a single TaylorMade logo and aligned it perfectly with that TP5/TP5x stamp to form a natural pathway through the centre of the ball. Twelve (12) strategically placed multi-colour graphics frame the single TaylorMade logo and TP5/TP5x stamp to form the company’s new ClearPath Alignment™ – the marquee feature of the new pix. 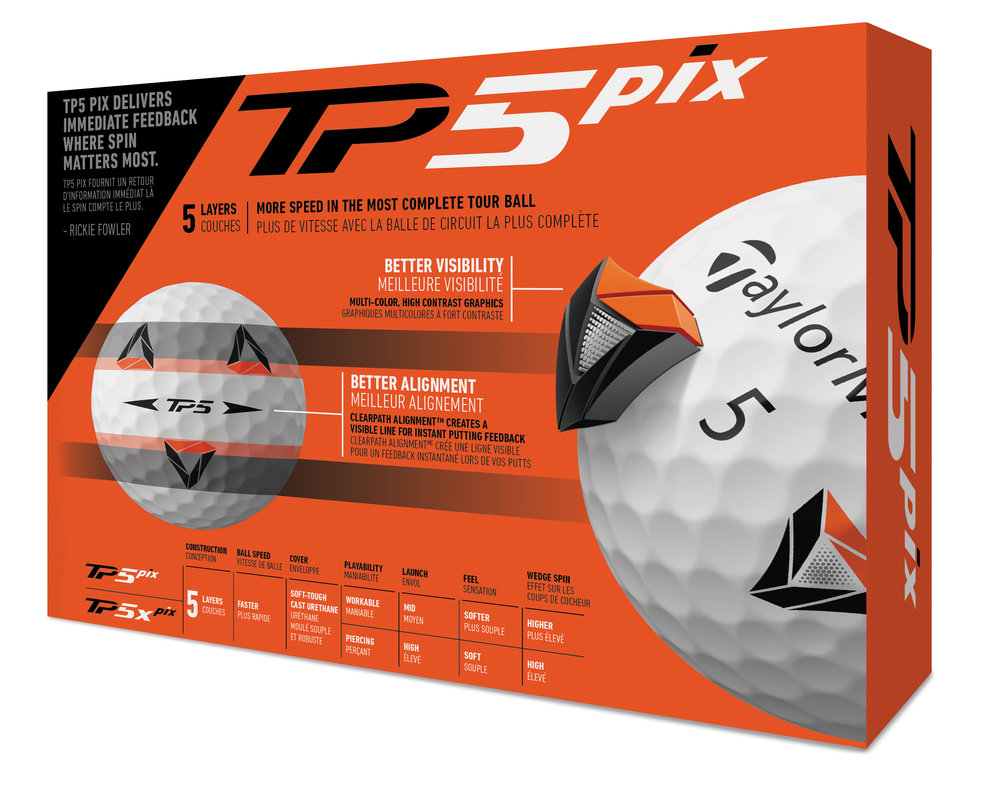 ClearPath not only helps with alignment, but it provides immediate feedback on the quality of the roll. On a well-struck putt where the ball is rolling end-over-end, the golfer can see a clearing in the middle of ball which provides two key pieces of information:

We learned a lot in the development of the first generation of pix, but through our partnership with Rickie Fowler we’ve learned even more. His vital feedback led directly to the development of the ClearPath™ Alignment System. It’s not just about unique cool designs that are easier to see, it’s now validated at the top of the pyramid with a performance benefit like nothing else out there. It’s the ideal combination of style and function.

In 2019, TaylorMade enhanced their flagship line of Tour balls and improved speed without impacting other areas of performance. The Speed-Layer System is comprised of four increasingly stiff layers, featuring a material called HFM. HFM is the fastest material TaylorMade has ever used and is essentially a tightly wound spring and when compressed generates more rebound energy for more ball speed.

The Tri-Fast Core consists of an extra-large, low-compression inner core (16 compression in TP5 & 25 compression in TP5x) and a progressively stiffer outer core and mantle. The combination of these three layers work in conjunction to create lower drag and increased carry – the primary reason TP5 and TP5x have become the hottest Tour balls in golf. 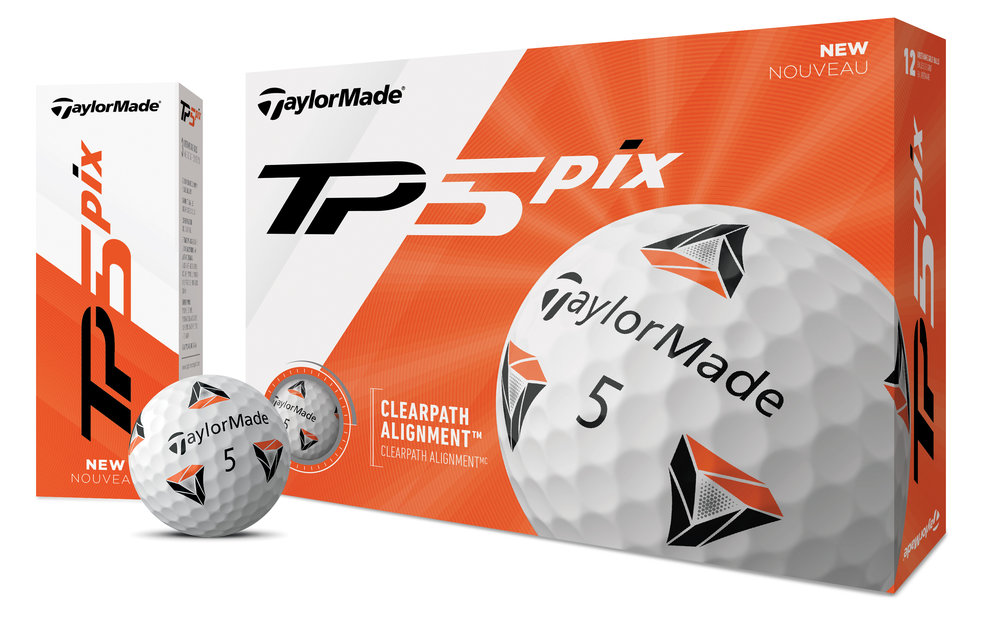