Four of Five Majors, Summer Olympics in Tokyo and UL International Crown Contribute to Most Number of Events and Hours of Women’s Golf in a Single Year Ever

ORLANDO, Fla., Jan. 15, 2020 – 2020 will feature the most number of hours and events ever dedicated to women’s golf across NBC Sports, headlined by a global schedule of 33 LPGA Tour events that includes live coverage of four of five major championships and the biennial UL International Crown team competition.

With the addition of the Summer Olympics in Tokyo, the NCAA Women’s Golf Championships and the Augusta National Women’s Amateur, NBC Sports will produce more than 500 tournament hours of women’s golf coverage in 2020, the most hours and events ever dedicated to the women’s game in a single year.

“As we celebrate the 70th anniversary of the LPGA Tour, I can’t help but wonder what our 13 Founders would think to hear that women’s golf will see more than 500 hours of television coverage, distributed to over 160 countries,” said LPGA Commissioner Mike Whan. “Without GOLF Channel and NBC, our long-time and trusted partners, we would not have the opportunity to share the inspiring stories of our athletes. 2020 is going to be a record-setting year from the LPGA Tour in terms of purse, TV and Members connected to our brand. I can’t wait for our fans around the world to see it all unfold.”

“With the LPGA Tour, four of five majors, Tokyo Olympics and the UL International Crown airing across NBC Sports, we are the television home for women’s golf,” said Molly Solomon, executive producer, GOLF Channel and NBC Olympics. “In 2020, we’ll deliver our most hours ever dedicated to the women’s game and elevate the LPGA Tour’s stars as they travel the globe on this international tour.”

The 2020 LPGA Tour season kicks off Thursday in Orlando, Fla., with the Diamond Resorts Tournament of Champions presented by Insurance Office of America. The winner’s-only event features 26 LPGA Tour winners from the past two seasons, joined by 49 celebrities from the world of sports and entertainment. GOLF Channel will air live coverage Thursday and Friday (Noon-3 p.m. ET). Weekend coverage will air on GOLF Channel from 2-3 p.m. ET, continuing on NBC from 3-5 p.m. ET.

For the second consecutive year, NBC will bookend the LPGA Tour season, beginning this week with coverage from the Diamond Resorts Tournament of Champions and concluding in November with live coverage of the CME Group Tour Championship. 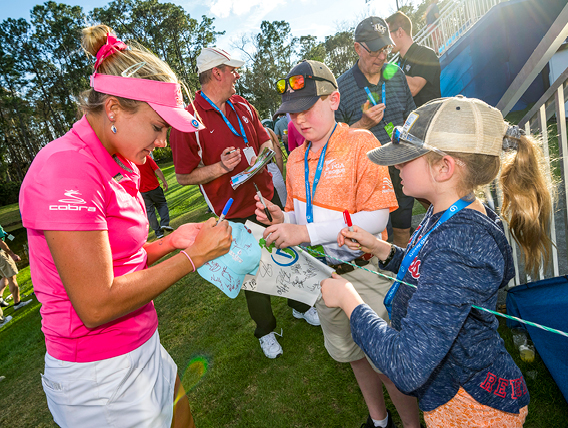 Paige Mackenzie will serve as lead analyst for live tournament coverage of the Diamond Resorts Tournament of Champions, joined by Grant Boone as play-by-play host. Tom Abbott will serve as a hole announcer with Jerry Foltz and Karen Stupples reporting from the course. Damon Hack will conduct interviews with celebrities and players during the tournament telecasts.

In August, women’s golf will take center stage across NBC Sports during a four-week stretch featuring the Summer Olympics, AIG Women’s British Open and UL International Crown. Kicking off August will be the return of the Summer Olympics in Tokyo, Japan. The world’s top players will convene upon Kasumigaseki Country Club, with GOLF Channel and NBC airing comprehensive coverage of the women’s golf competition, Wednesday-Saturday, Aug. 5-8. The LPGA Tour will then head to Scotland for two weeks, with the Aberdeen Standard Investments Ladies Scottish Open and the AIG Women’s British Open – the latter taking place at historic Royal Troon Golf Club – culminating with the biennial UL International Crown team competition taking place in England. 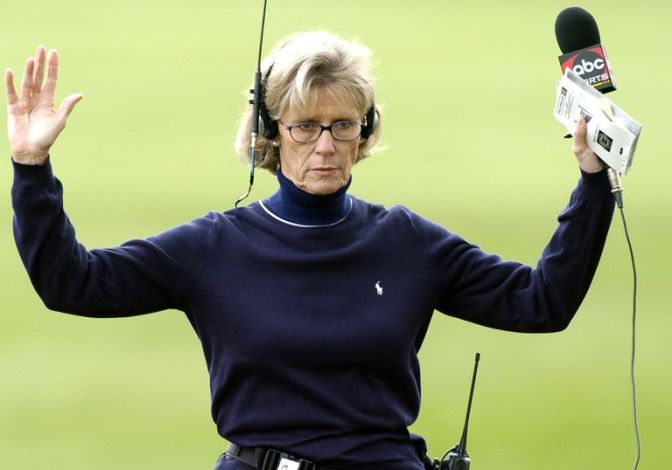 Stupples and Mackenzie will rotate with Rankin as lead LPGA Tour analysts in 2020. Boone, Terry Gannon and Whit Watson will serve as play-by-play hosts, joined by Tom Abbott, Kay Cockerill, Foltz, and Jim Gallagher, Jr as hole announcers and course reporters throughout the season.

The LPGA is the world’s leading professional golf organization for women. Founded in 1950 and headquartered in Daytona Beach, Fla., the association celebrates a diverse and storied membership with more than 2,300 members representing more than 30 countries. With a vision to inspire, empower, educate and entertain by showcasing the very best of women’s golf, LPGA Tour Professionals compete across the globe, while the Symetra Tour, the official development and qualifying tour of the LPGA, consistently produces a pipeline of talent ready for the world stage. Additionally, LPGA Teaching and Club Professionals directly impact the game through teaching, coaching and management.

The LPGA demonstrates its dedication to the development of the game through The LPGA Foundation. Since 1991, this charitable organization has been committed to empowering and supporting girls and women through developmental, humanitarian and golf community initiatives, including LPGA*USGA Girls Golf, the LPGA Women’s Network and the LPGA Amateur Golf Association.

Follow the LPGA on its television home, Golf Channel, and on the web via www.LPGA.com. Join the social conversation at www.facebook.com/lpga, www.twitter.com/lpga and www.youtube.com/lpgavideo, and on Instagram and Snapchat at @lpga_tour.