Spoiler Alert: In my opinion, this driver was one of the best that was launched for the 2019 product cycle. It scored very high in points for the Top Driver “Teezy Award” and it actually took the fourth tie-break to eventually finish in second place.

In 2018, Callaway Golf brought us the Big Bertha Rogue driver. A driver that was able to spend a lot of time with, as the testing of that product took place on the course. The first of any such opportunity that I had from the Carlsbad, California golf giant. The Rogue was a driver that performed well, it was a legitimate fairway finder, was reasonable long but I felt that it really lacked something in the sound and feel department. It was a driver that I felt was a little underwhelming regardless of how well it performed. Frankly, I thought the 2017 Epic was superior. So, when Callaway Golf launched the Callaway Golf Big Bertha Epic Flash I was really interested to see how it would fair in comparison to both the Rogue and the Epic.

My opportunity for testing the Epic Flash would take place at the 2019 PGA Show Demo Day in Orlando. To say the least, the Epic Flash impressed is a slight understatement.

When looking at the Epic Flash (driver) there are some key technology points worth pointing out. 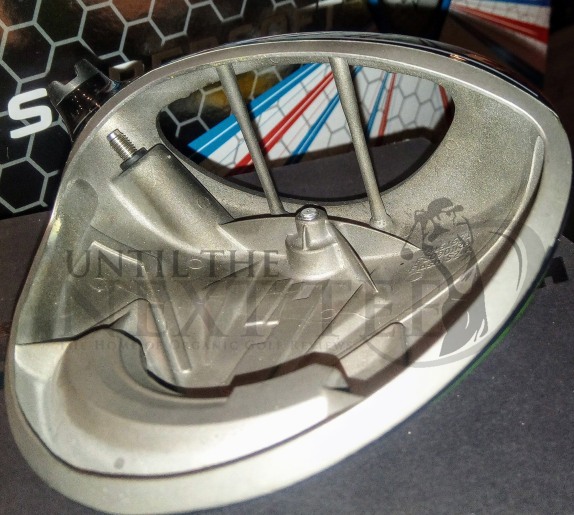 The weather on the day of testing during Demo Day was sunny and relatively clear. However, there was a bit of a hurting, knockdown wind that day. All in all, the conditions were absolutely perfect for testing equipment. Especially, at the Callaway Booth hitting area. Prior to me making swings I met with Dave Neville who is the Sr. Director, Brand & Product Management for Callaway Golf. Mr. Neville took the time to talk a little bit about what makes the Epic Flash driver tick.

A key point to touch on here (that was censored by the wind) is that typically when golf manufacturers develop drivers and in particular prototypes generally speaking they creat about 5-7 “Virtual Prototypes”. In the case of the creation of Epic Flash, through the use of “Artificial Intelligence” Callaway golf R&D was able to develop 15K Virtual Prototypes. Staggering!!

When it came to the aesthetics of the Epic Flash I liked nearly everything about it. I loved the green and yellow accents on the sole of the clubhead. It was bold without crossing the line of being overdone. In the case of the Even Flow Green and HZRDUS Smoke shafts, I loved how they melded everything together seamlessly right from the Golf Pride Align Green grip to the head. The Epic Flash scored very high marks in the aesthetics department except for one thing that bothered me. The white line that goes across the top of the crown about a third of the way back. Months removed and this still bugs me. If that line isn’t there, it’s perfect in the looks department. But I do love how it fades from solid black towards the leading edge to the carbon fiber weave all the back to the trailing edge. 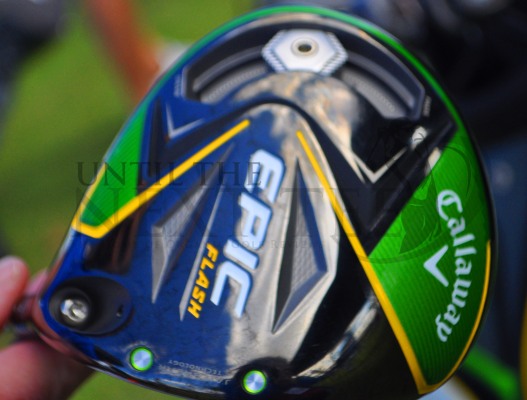 The performance of the Epic Flash driver was out of this world. Something from another you could almost say if I were to play on the artificial intelligence card a little. It scored 10/10 for performance and feel/sound. When it came to swinging the Epic Flash I chose the 9* head with a 60-gram HZRDUS Smoke shaft. This combination was an utter rocket ship. Long, penetrating ballflights. My stock shot (right to left draw) was on full display and working the ball in the opposite direction was not stressful at all. My ears and hands loved the sound and feel of the Epic Flash and in a nutshell, Callaway Golf got the Epic Flash right! Period!. They say that they had 15,000 Virtual Protoypes?! Well, the right prototype one.

For me, the 2017 GBB Epic was exactly how a driver should feel and sound. 2018’s Rogue was a disappointment in comparison. The Epic Flash was/is even better than the 2017 Epic. What a driver!!

Even though this review is late in arriving I felt that I had to share my thoughts on it. The Epic Flash driver is a serious stick. It might be the longest of 2019 and it might be the longest for many golfers out there. In hindsight, I wonder what kind of results I would have had with the 50-gram Stiff Even Flow. It looks and feels like a premium offering should. Say what you will about Callaway Golf’s marketing strategy(ies) but the reality is that they produce great equipment. The Epic Flash is no exception.