It’s always a busy week when you attend the annual PGA Merchandise Show in Orlando, Florida. If you’re media like I am the week is full of running around getting from appointment to appointment. You just hope that everything works and runs smoothly especially your planned if you use one. I did and it let me down for one appointment (likely due to user error). That appointment that I missed happened to be on Demo Day at it was with Mizuno Golf North America (Ms. Cornell please accept my apologies).

However, all was not lost. Earlier in the day, I stopped by the Mizuno Golf booth in advance of talking to Mizuno Golf. I thought that it would be perfect to swing their clubs to have an idea of what they were like as my appointment wore on. I would make swings with their S18 wedges (new to their performance wedge line-up) and I would have a focus on their ST190 driver and fairway metal. I had blatant requests from some of my readers to test this driver out. So I did.

More about that in a few moments.

The ST190 driver from Mizuno Golf comes in two variants. The first is the ST-190 (Standard) and then there is the ST190G. The difference between the two of them is this. 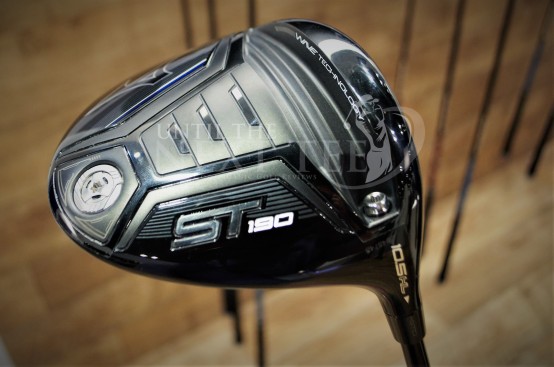 ST190 – The head is designed for low to mid-spin. The head has a fixed weight towards the trailing edge on the sole. Due to the increased MOI, this head is very stable on off-center strikes (resists twisting).

ST190 G – The head of the ST190 G is designed with low spin in mind. If you like adjustability then this is the model for you. The ST190G features twin 7-gram sliding weights on separate rails. This allows for creating draw and fade biased trajectories. The weights can be adjusted so that you can decrease the spin by approximately 200 rpm.

With the difference between the two heads explained let’s look a little bit deeper at what Mizuno Golf R&D did the same with both of these drivers. Their tag line for the ST190 is “The Dark Art of Distance”. So what are they talking about?

Conditions at the 2019 PGA Show Demo Day were relatively nice. With nary a cloud in the sky, the Florida sun was out displaying its majestic self. The temperature was somewhere around 23*C (73*F). The wind, however, was another story altogether. There was a stiff wind blowing across Orange County National Golf Resort and Lodge and if I recollect correctly it was blowing from right to left if memory serves me correct. 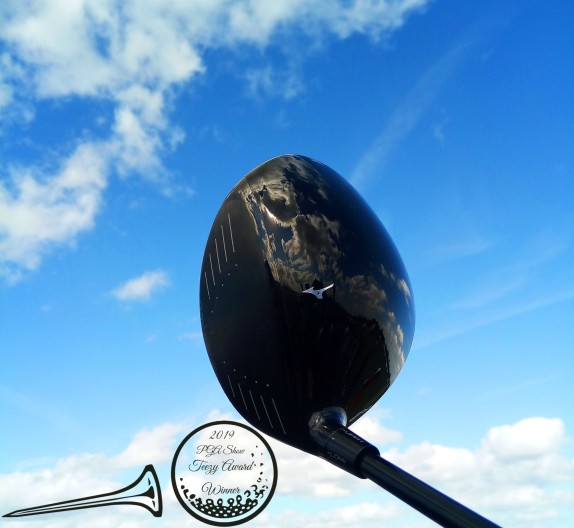 Upon completing a few swings with their S18 wedges (Teezy Award Runner-Up) I got down to business putting the ST190 and ST190 G through their paces.

In my opinion, the ST190 is without a doubt the best looking driver in 2019. It looks absolutely mean and ready to get down to business in the address position. The crown features “RunBird” as it’s alignment aid. in this area of the head, it’s a simple, high-gloss black. As the crown works it’s way back you can clearly see the carbon weave. Breaking it up towards the trailing edge is a simple white accent. Nothing flashy or bothersome on the eyes.

Flipping the ST190 over you can see the “Amplified Wave Sole”. Note the groove right behind the face and the “steps” that I’ve already alluded to that helps provide higher ball speeds through increased “trampoline effect”. There’s no “pomp and circumstance” here with no extravagant graphics. There’s just enough there to let the consumer know who the manufacturer of this driver is as it sits in the rack (rack appeal is to golf retailers as curb appeal is to real estate). Looks scored a PERFECT 10.

I was absolutely delighted on my first passes with the ST190. There’s only been one other circumstance where I’ve said that something sounded and felt like it looked. ST190 is the second time. Huge praise needs to be given to the Mizuno research team that studied soundwaves, This driver does sound powerful and to be honest I can’t describe it. So just look at the video below and note the sound.

The feel at and through impact I simply have no words. I mean it feels crisp, light and responsive. Those three words lead to the performance of this driver. The sound and feel also scored a PERFECT 10.

The ST190 performed great. This is a hot face and it contributes to the performance and distance. I pulled a couple of shots (no fault of the club) but all of the others provided a solid trajectory that just seemed to keep carrying down range. The head is long. The ball flight wasn’t affected either (new Mizuno RB Tour and RB Tour X golf balls). All the ball did was fly straight to a baby draw. Both heads allow you to work the golf ball left to right and vice versa. There was no evidence of ballooning whatsoever. I should also mention that my best results overall were with the Fujikura ATMOS Black 6 Tour Spec 65-gram shaft as the engine driving this particular machine. I had issues with the “lefts” using the Mitsubishi Tensei CK Orange 50 which is a 57-gram shaft. The performance also scored a PERFECT 10. 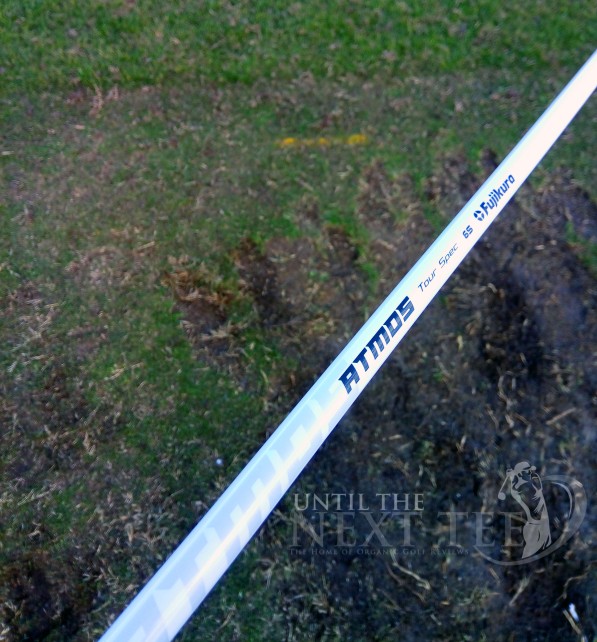 Prior to Demo Day I haven’t covered a Mizuno product on my website. Ever! The last time that I made a swing with a Mizuno driver was their JPX EZ from 2014. A ton has changed since then. The ST190 is lethal. It’s like an assassin in a black tuxedo. If you unleash it’s will on the golf ball you’ll be rewarded with music to your ears, magic in your hands and more than likely… a few extra yards. If you’re in the market for a brand new driver in 2019… Look no further. There’s a reason why it won the Teezy Award in the “Top Driver Category” from the 2019 PGA Show.