The buzz of the chatter amongst golfers. Golfers that are industry professionals, PGA Professionals and media types. The sound of golf balls meeting club face. The hustle of going from one side of the range to the other. This is Demo Day at the 2019 PGA Merchandise Show.

Today started out early enough. In fact, I was laying awake in bed at 4:30 a.m. with visions of golf balls and new drivers dancing through my head. Part of it was because of all the equipment that I was about to digest and part of it was concern because I had no idea who was coming to swing the clubs. It would be one of Dr. Jekyll, Mr. Hyde or Frankenstein. Hitting into a net in the backyard is one thing… but not seeing real flight is another.

After getting ready, Crystal and I left the motel and made our way to the Orange County Convention Center where we checked-in to the Media Center and picked up our badges. After taking the obligatory shot in front of the large PGA Show sign we made our way to the shuttle bus that would transport us to Demo Day at Orange County National Golf Resort and Lodge. Thru Disney and traffic our driver navigated his way ever the skillful driver. 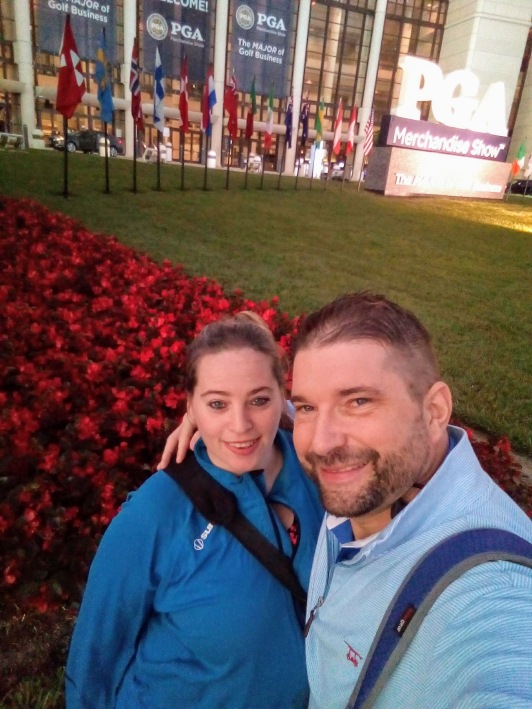 Upon arrival, it was time to have the first scheduled meeting. Wilson Golf. The 2019 line-up is so much more than the Driver vs Driver 2 winner (Cortex). I had a nice talk with Rich Hulock (Wilson Golf Innovation Manager – Metal Woods) about their range for 2019. The first thing that I need to say in a brief summary is that the Cortex was the rightful winner of the reality t.v. show. It looks fantastic (their nicest to date), the sound/feel was on point and the performance was undeniably terrific. However, as I alluded to Wilson Golf introduced their D7 range recently. When released, I said that the D7 driver and woods “looked right”. They are!! This is a product range that performs and has an appealing price-point. Oh, the D7 irons were just as good as the metal woods. I’ve often said that while their irons have been great for some time now their metal woods have lagged behind. This is simply not the case in 2019. 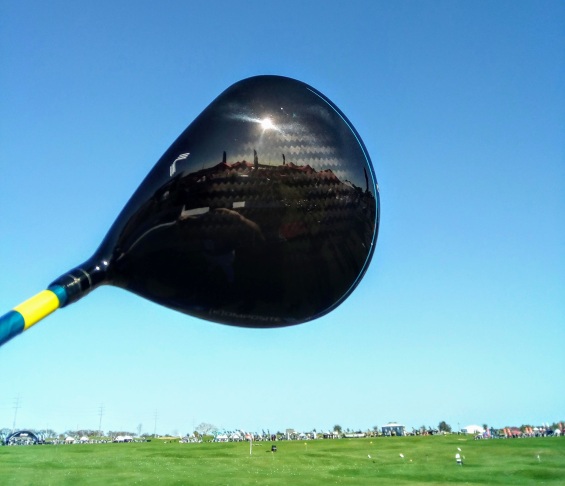 I should really talk about Callaway Golf and the Epic Flash. I had the pleasure of meeting with Dave Neville. Mr. Neville is the Senior Director of Brand Management for Callaway Golf. Admittedly, I had some skepticism about their latest creation. I mean AI (Artificial Intelligence) in a golf club. “Flash Face Technology”? Really?! After the launch and in the days leading up to the show I offered these words. “If they married the Rogue and Epic… they might really have something”. Holy Smokes! They have something! In 2017, I said that Epic looked and performed just like it should. The Epic Flash is that and more. It’s AMAZING! As much as I loved the driver the fairway wood was even better. Oh… the latest iteration of Apex is one great set of irons. The sound and feel is so pleasant. It’s what I dream of at night. 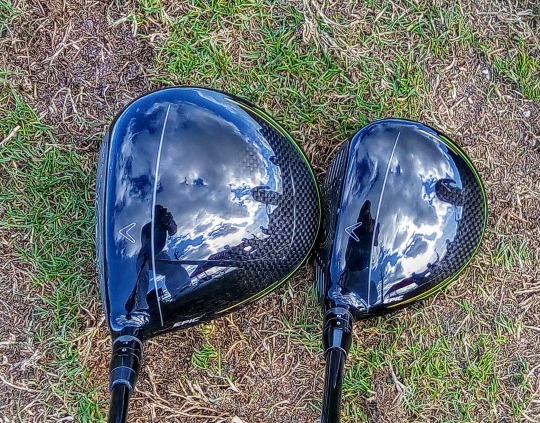 Cobra Golf. The new KING F9 SPEEDBACK driver already has two wins to its credit. Both Lexi and Bryson have won with it in their golf bags. After how good the F8/F8+ were in 2018 I wondered how the encore would be. Tom Olsavsky… I have no idea how your R&D does it but you guys did it again. That product range of metal woods is just a total juggernaut. When it came to the new SPEEDBACK irons (Variable and ONE Length) I knew within two swings how good they were. Either one produced easy launch and a repeatable ball flight. My meeting with Mr. Olsavsky was very educational.

Bridgestone Golf. Not only did I see new clubs of theirs today (Tour B JGR) but I also saw and used their newly introduced E12 golf ball. It’s priced at $29.99 USD and is a 3-piece offering. The wind was brutal out there today and this golf ball stayed on line in the wind, was very controllable and feels great off of all clubs. Speaking of feel. Their tour B JGR driver and metal woods had one of the most responsive faces of the day. I describe the feeling as “lively”. Moreover the new Tour B JGR irons are not only great-looking but are really easy to swing and launch. 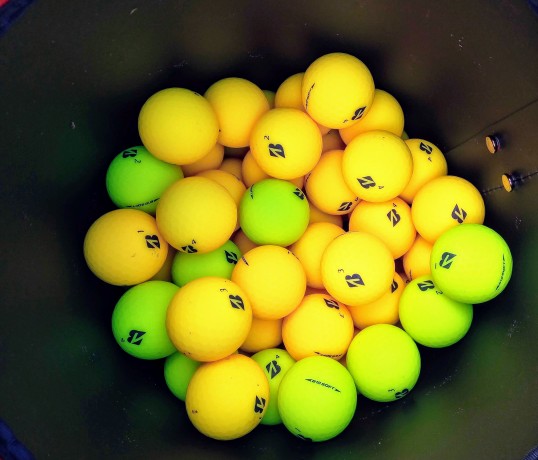 Mizuno Golf. I never made any swings with the irons. What I did do however (time constraints) was make swings with the ST-190 driver. There are two models of ST-190. (standard and G). Not only does this club look great and feel even better. It’s face is “jumpy”. Swings were rewarded with flights that just seemed to float and continue down range.

Every year that I come down to the PGA Show I eventually find a “hidden gem”. The discovery of the 2019 PGA Show might have happened at Demo Day. Have you heard of Eagle Rebirth Golf? No? That’s because they’re new. I had an appointment at 3 p.m. with the owner Ernie Reynolds at the ICG booth. He has a very thorough range. Drivers, woods, hybrids, irons, wedges and a couple of putters. I nearly made swings with everything that he had. The irons and wedges are forged from 8620 and they feel soft. The driver and metal woods were easy to launch, went straight and just penetrated. I was picking a tall flag in the middle of the range and I was carrying driver over it. Oh… there was a hurting quartering wind. I wasn’t too sure what to expect after looking at them on their site… let me tell you. It wasn’t what I experienced. Holy Smokes! It takes a while for this Eagle to land. Mr. Reynolds… you have some amazing products.

I could go on and on but I won’t. Here’s what you need to know. The products are so good in 2019 that it’s hard to comprehend. This product cycle is STRONG! Look for first impression reviews of all of these clubs and more in the near future. Time to lick the wounds and get ready as the show moves indoors tomorrow for Day ONE.