This article may not head in a direction as you might expect from the title. As my departure for the 2019 PGA Merchandise Show is a week away I wanted to see where I should focus my energy on. Especially, when it comes to the subject of irons. Did golfers on social media want to learn more about “Player’s” irons or “Game-Improvement” irons.? According to the poll there was more interest in “Player’s” irons. A result that I found a little surprising.

The sampling was relatively small but it still shed light on the subject. Thanks to those who participated.

#Golfers Which irons can you relate to more? Which would you prefer to learn about? Asking for a friend LOL @PGAShow #DemoDay Please RT

Personally speaking, it is my opinion that any golfer has the right to pick and choose whatever iron type that he or she wants to play. After all, it is their money. Say there’s a 25-handicap non-gender specific golfer that wants to play a set of Titleist 718 MB irons. I have no issue with that but is said golfer doing themselves a disservice? I definitely think so and you may think that I’m wrong. Conversely, is there anything wrong with a single-digit golfer playing a set of “GI” irons? On this occasion my opinion is no. Here’s some food for thought. Maybe he or she is a single digit handicap because of the GI characteristics. The thing is… with GI irons you can still work and flight a golf ball. It may not be as easy as with a blade but it can be done. Last year after the show I was in a Tampa area Edwin Watts and I was swinging Wilson Golf D300 irons. I was calling out my shots… fade, draw etc and I was getting the results as called out. My thought for a long time was that if I had a chance to win a tournament and I have to pick between vanity or function… function wins. I could be wrong but it is my opinion. Under pressure, there’s always a chance that a swing could be less than optimal and having the chance to rely on a little forgiveness isn’t a bad thing. Of course, I realize that even the player’s irons on the market have forgiveness built into them. A few years ago Tungsten was the “sudden innovation” that golf equipment manufacturers were incorporating into their iron design… player’s forged irons. 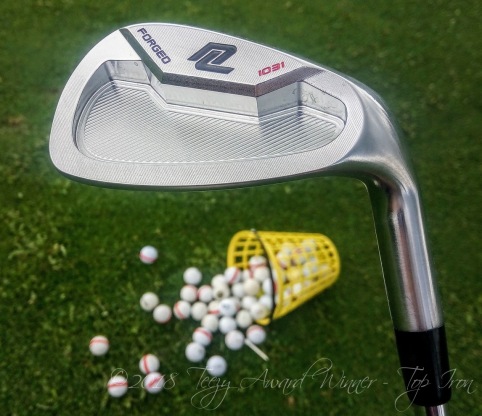 It’s sort of funny in a way. I used to be all about blades or muscle-cavity irons. As the 2019 PGA Merchandise Show Demo Day has approached I find myself leaning towards GI irons. Maybe it’s a side effect of testing GI irons the past year, the fact that most recent press releases have been about GI irons and maybe it’s the fact that I’m playing a set of forged GI irons. Or maybe… just maybe it’s the fact that I’m not getting any younger (Yikes… I’m gonna be 47 next week). Either way, that’s where my head is at.

With a bevy of appointments on Demo Day I’ll be swinging as many irons that I can. Below is a brief list of what’s on my “hit list”.

I cannot wait to get down there and put these irons through their paces. It’s all about first impressions. Stay tuned!!