Sitting here.. I’m reflecting on several things from the last week in golf. Some of my thoughts are about the upcoming 2019 PGA Merchandise Show, some of it is about the recent equipment releases while some of it is about what we witnessed this past week in professional golf. Much like when you go out to the grocery store with no list you’re merely picking up odds ‘n’ ends. So that’s what this article is going to be titled. It might even turn into a regular piece. Who knows?!

The Sentry Tournament of Champions was a fun event to watch. Yes, it left me dreaming of going to the Hawaiian Islands as it’s always been on my “Bucket List”. Since I was 10 years old. I’ve always dreamed of seeing sea turtles, volcanoes, visiting Pearl Harbor and since I started my foray into golf.. playing Hawaiian courses and experiencing the “Tradewinds”. In a script perfect for a product launch Xander Schauffele won with the new Epic Flash and Apex Pro 19 irons in the bag. His closing round (62) was remarkable but I want to look at a couple of other things. Bryson DeChambeau proclaimed the new knee height drop to be “a bit absurd”. No arguments here. I’ve mocked it enough recently. But it’s as stupid an amendment to the rules of golf as an amendment can be. While it isn’t hard to bend over at the waist to execute the drop (Bryson was a bit over the top) what are the benefits? In one video I made demonstrating my need for “muscle memory” the ball rolled forward from knee height and rolled back into a divot. Does it really make a difference? If anything, nothing has changed. Am I missing something? Heck, why don’t we just place the ball. Screw integrity.

Sticking with the Sentry Tournament of Champions we saw a first. Under the new rules of golf we had our first penalty assessed. Dustin Johnson has the “dubious” distinction. DJ was assessed a two-stroke penalty when a pulled tee shot went into the long grass… where the wild things are. A marshal on the course had marked the area that they had believed DJ’s golf ball had come to rest. Locating a golf ball with a (TaylorMade Golf logo on it) Johnson promptly chopped it out. After hitting his shot he continued his walk and found HIS ball. There’s a lesson here folks. Stay loose for that knee height drop. Bend over and move the grass and identify your golf ball. Besides, there’s no penalty for the moved ball. Or at least that’s the way that I translate it.

This past week we saw plenty of product launches. In particular, those from the “marketing mammoths” of the industry. During these launches there was no shortage of marketing buzzwords. TBRAR, Speed Bridge, Triple Track, “our longest golf ball”, AI, Flash Face Technology and so on. They do marketing and they do it well.

TaylorMade Golf announced their 2019 range of products. From the newly designed TP5 and TP5x golf balls to their new M5 and M6 range of products. The irons have incorporated “Speed Bridge Technology”. There is something there that sort of reminds me of the Nike SlingShot irons. I know… it was horizontal as opposed to vertical. Upon posting pics on Twitter (@UntilTheNextTee) my “Tweeps” were definitely not sold on the looks. Nor was I. After all… how can you kiss a girl (or guy) if you can’t look at them? Maybe their performance outweighs the aesthetics. 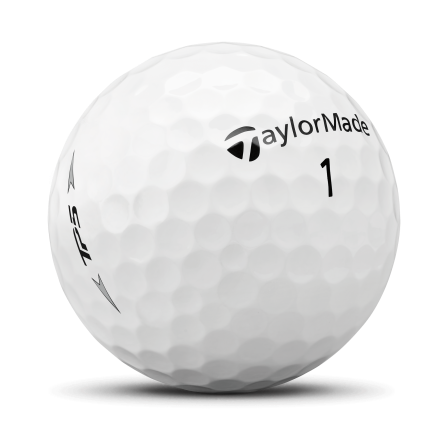 I beat the tar out of the pricing in articles so we will not beat that “dead horse” again. Or at least for now.

Callaway Golf also announced their product range. Featuring the Epic Flash metal woods, Big Bertha 19, Apex 19 and Apex Pro 19 irons and lastly the ERC Soft golf ball featuring “Triple Track Technology”. I’ve seen this sort of thing before and I commented on it back around 2015. Kick X Golf has/had their Tour-Z golf ball (who consequently got sued by Acushnet and I’ve held a secret for a long time about that) and while technically different the alignment aid on those golf balls were the same as the newly introduced Triple Track Technology. I said then that it was the best alignment aid on the market for putting and now that distinction clearly goes to Callaway Golf. The three lines do significantly improve alignment on putts as Callaway Golf demonstrated during the launch. With that said, I am very intrigued by many things about the ERC Soft golf ball. In particular, their hybrid cover which takes the feel of urethane and combines it with the durability of surlyn. Consider the cover a “love child” of the two materials. For $39.99 USD this sounds like a decent offering. Color me intrigued. 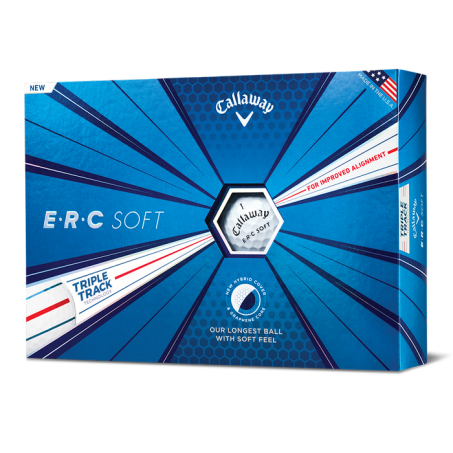 The 2019 PGA Merchandise Show is coming up quick and my booked appointment schedules are full. Demo Day is crammed full of interviews with the likes of Wilson Golf at 9 am and a company called Eagle Rebirth at 3. In between are appointments with Callaway Golf, Bridgestone Golf, Cleveland Golf/Srixon/XXIO, Cobra Puma Golf, Jack Grace USA and many others. The mix is absolutely eclectic. I’m also going to be visiting with others that are unplanned. Epon, Miura, Knuth Golf, Fourteen and Lynx Golf are high on that list. I have no doubt that there will be some surprises and hidden gems. There always is.