***Disclaimer: Before I continue I need to clarify one thing to all of my readers and the golf manufacturers themselves. I love golf and I love everything about it. Without them I’m not doing any of this. But, I’m also a man of reason and conviction where if I feel like saying something about any topic… I will. The day that I stop being genuine is the day that I cease writing about golf and UTNT will no longer exist.

Recently, I’ve written a few editorials that touched on the business side of golf. Potential reasons why the game of golf hasn’t grown or at least what “WE” need to do to make the game grow. In an article released the other day (might have been yesterday) I also expressed concern about the golf industry and the direction of the golf manufacturers as far as their retail prices go for the golf consumer. 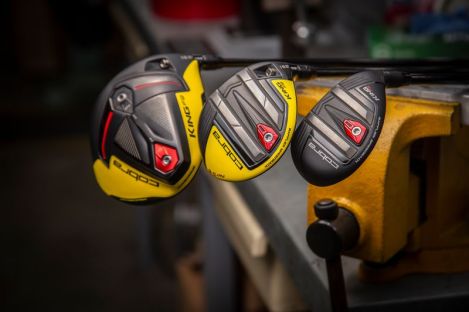 With the “big dogs” launching their products we’ve seen prices for drivers alone range from (all prices shown in USD) $399 for the Srixon Golf Z 585, $449 for the Cobra Golf KING F9 SPEEDBACK, $499.99 for the Wilson Golf Cortex and then you have the likes of Callaway Golf where the Epic Flash is $529.99 and the TaylorMade M5 $549.99. At this moment in time I don’t know what the retail of the PING G410 will be. My suspicion is that it will fall right in between FE and M5. Meanwhile, on the opposite end of the spectrum sits the (much talked about here) Tour Edge Exotics EXS driver which offers everything that all of the above offer without the price tag ($299.99). It has a tour-proven shaft and carbon composite sections. It’s also adjustable. So what gives?

Well, the manufacturers are a lot like professional sports teams. For example, you have an athlete. Your favorite player from your favorite team is earning millions of dollars per season. In what’s strictly a technicality the owner of the franchise ultimately signs the paychecks. But who’s really paying him or her? It’s you, it’s me and essentially it’s everyone that watches professional sports. We purchase everything from cable television packages, tickets to see their games and merchandise to show our allegiance. Even those stupid “foam fingers” contribute to their earnings and salaries. Honestly, it’s why it pisses me off when they go on strike (or they get locked out) and it’s the reason why I prefer college sports and junior hockey.

So where does the money come from that pays for the equipment deals of professional golfers? Or the commercials that you see in print or on television? The money for marketing has to come from somewhere. But where? It comes from everyone that isn’t in the top 1% of the top 1% golfers in the world. Male or female… it makes no difference. It’s the parent of a junior golfer buying their son or daughter a dozen golf balls, it’s the average golfer watching the pro’s play late on Sunday afternoon. It’s also the golfer that might be a 25 handicap wearing that Titleist cap in your group. For that matter, it might also be your club champion that just showed up to the course with a new driver or set of irons that they just purchased. It’s simply… us! The reason why drivers and fairway woods or golf goods in general have gotten so pricey is because they (manufacturers) need to pay the players their salaries. Yes, it costs money to spend thousands of hours for Research and Development. I mean I totally get it. The 3D printers, CAD machines, etc doesn’t grow on trees. Also, the employees staffed by these manufacturers aren’t volunteers. But in the grand scheme of things those things don’t necessarily justify the price tag.

Which brings me back to the case of Tour Edge Golf vs “The Others”.

Why is it that Tour Edge Golf isn’t asking $499.99 for their new EXS driver? After all, it’s just as technologically advanced as the rest and they have advertisements. Simple, they don’t pay anybody to play their equipment. That’s it! So really… is golf and the respective manufacturers that different from professional sports teams?

4 thoughts on “Are Golf Manufacturers Any Different Than Professional Sports Teams?”