The final installment of The Teezy Awards for 2018 has arrived.

I’m going to quickly go through the “Best of the Best” for 2018. From the best equipment to the best accessory. So… let’s just jump right into it.

Top Driver – The winner of this category is no stranger to the title. Cobra Golf took the honors here from their showing at the 2018 PGA Merchandise Show. The KING F8+ was a perfect blend of feel, power, spin, trajectory and aesthetics. 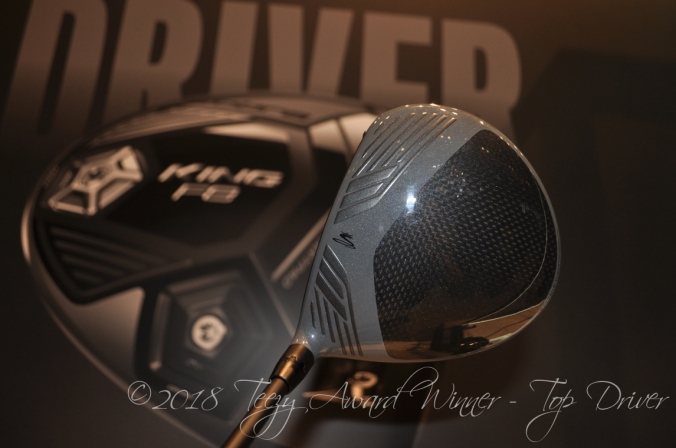 Testing of the Callaway Rogue Sub Zero was real impressive but one thing still bothers me about it. The feel. It just didn’t feel crisp like the Epic. Maybe the Epic Flash will bring home the honors in 2019.

Top Fairway Metal – Okay so I really didn’t have much of an opportunity to swing any new clubs in this category outside of the PGA Show. It was there where I crowned the Cobra Golf KING F8 fairway metal. For much of the same reasons that the driver one. Terrific acoustics, crisp and light feel off of the face and last but not least easy to launch. A confidence builder from the fairway. 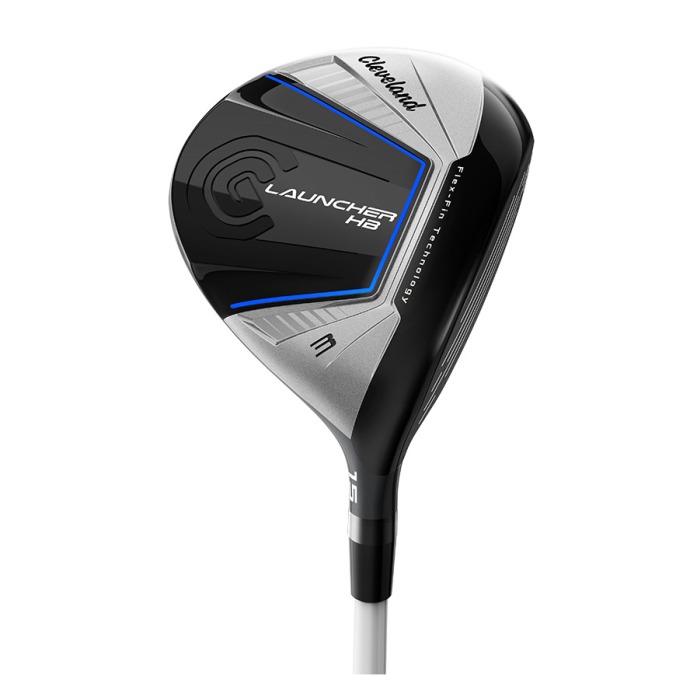 In retrospect, I had a change of heart for the runner-up fairway metal in this category. The Cleveland Launcher HB. Although it didn’t seem to get any or for that matter many accolades it was an impressive stick. The easiest to launch that I experienced in 2018 also had a sweet ballflight and a fair price point. Of note here as well was the silver like that represented the step-down that I also served another great purpose. Framing the golf ball.

Top Hybrid – I was torn on how to choose this category. Things were looking really good for the TaylorMade Golf M3 to maintain the award. But then in late 2018 I received a product for testing. The catch? It’s a product for 2019. That said, it just may repeat at this time next year. The Tour Edge Exotics EXS  is THE best hybrid that I’ve used to date. Long, consistent straight ballflight, a premium shaft, great acoustics I could go on and on why it wins the Teezy Award for Top Hybrid. 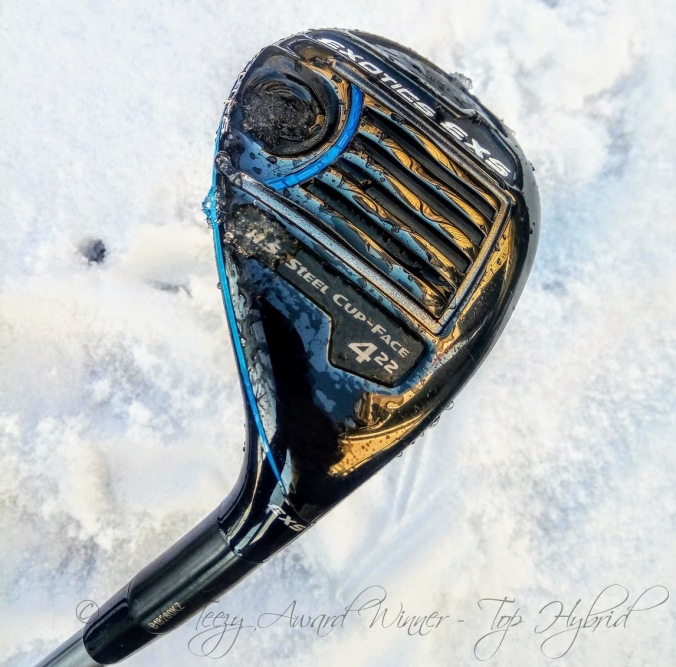 Top Irons – There’s going to be no split in this category between forged and cast. Or GI vs Player’s irons. It’s about the Top Iron. The winner of this category is the 1031 Forged from New Level Golf. These irons feel great, are plenty forgiving, it’s a pin-seeker and quite frankly it has all of the aesthetics that you could want. Not to mention it’s also a forged GI iron. 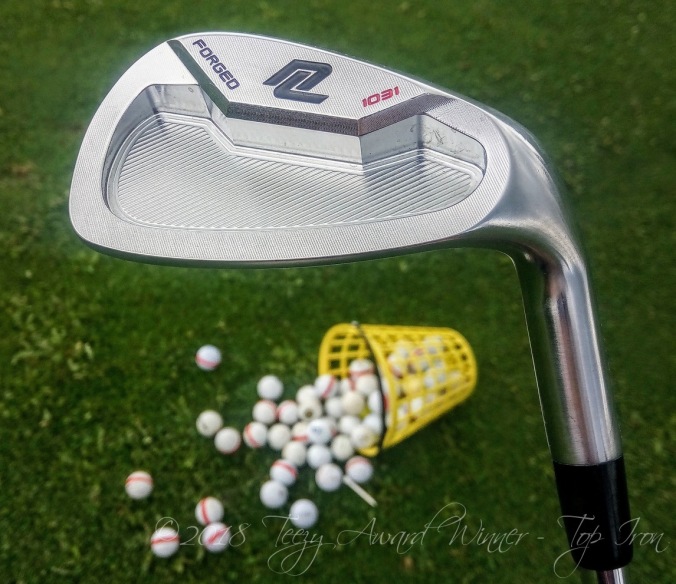 What surprised me here was how close it was between the 1031 Forged and the multi-material Cobra KING F8 ONE Length irons. They were the most fun I’ve had swinging an iron that I can ever recollect. Super long, forgiving and they feel powerful at impact.

Top Wedges – These wedges aren’t forged. Which isn’t a big deal. Many of the “top brands” make wedges that are cast. But when push comes to shove you want a wedge that you’re comfortable with. It might be a blade like a Vokey or it could be a cavity-back. New Level Golf could have won this award too had I spent more time with it. But when you’re in trouble… you want a wedge that will save your bacon. For this reason the nod goes to Cleveland Golf and their CBX wedge. These wedges are super easy to get up in the air, easy to get out of bunkers, and the mass slides through the greenside rough like a hot knife trough butter. One of my Members (and students) this year bought two. I told Bob that he was the smartest golfer at the course.

Top Putter – There were plenty of putters that I rolled that performed great. The TaylorMade Spider is a putter that I generally putt very well with. More often than not it just seems like they just fall. I had a great time rolling the ArGolf Uther in Orlando. It walked out of Orlando with the award. However, late this year I was rolling putts with a SeeMore Giant FGPt. Center-Balanced, a 360 gram head weight (I’d be inclined to get it to 400 grams) and the renowned Rifle Scope Technology made for a putter that I was extremely confident with. That’s half of the battle in putting. 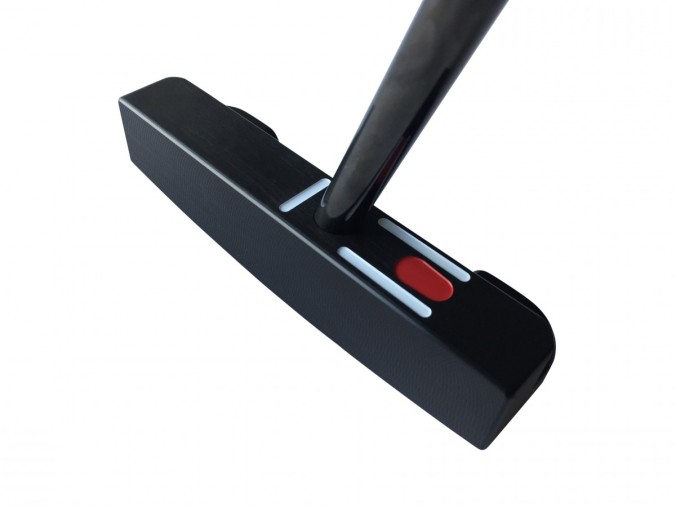 Top Golf Ball – There are golf balls that I consider my go-to golf ball or golf balls. What used to be Titleist is no longer the case. That honor belongs to the Srixon Q Star Tour. That said, the Bridgestone Golf Tour B XS is the Top Golf Ball that I tested during this product cycle. These balls barely slid into the competition this year. Great all-around performance from tee to green. It was a banner year for the Covington, Georgia-based company with Bryson DeChambeau winning three times, Tiger Woods once, Matt Kuchar once and Lexi Thompson winning on the LPGA Tour. 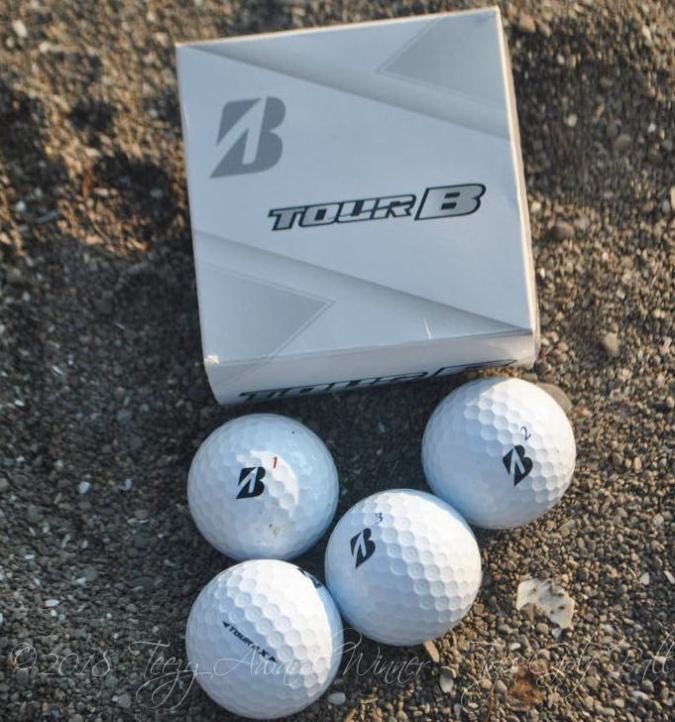 I was surprised by how good the TaylorMade Golf Project (S) was when I tested it in Florida as soon as the show wrapped up last year. For less than $30 CAD it was a golf ball that was half to a full club longer and felt pretty darn good. Also what surprised me was how good it performed when it came to greenside pitches and chips. Not bad for a distance golf ball.

Top Golf Component – This category I lumped together with shafts, heads, ferrules, grips and anything else that you need to build a golf club. The winner here was clear cut. Not only did I experience great results using the TPT Golf 15-LKP-LT-LW but so did professionals using their various shafts on Tours worldwide. TPT Golf makes a wide range of shafts with various kickpoints, bend profiles and weights. 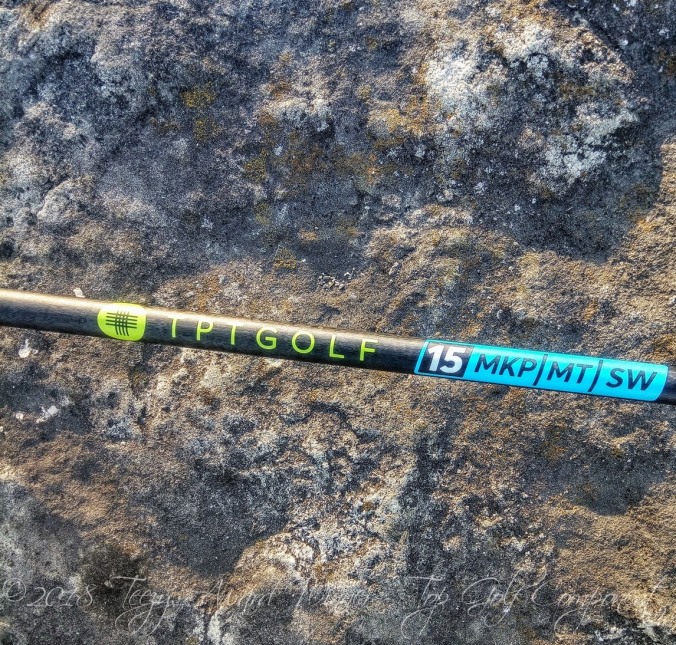 Top Golf Technology – Probably the easiest category for me to decide. Initially, it wasn’t! But then long-term testing came of the FlightScope mevo. A device that costs the same price of most drivers on the market. It’s a personal launch monitor giving you important metrics like Club and Ball Speed, Smash Factor, Launch Angle and more. It transports easily from place to place as it fits into the palm of your hand. Great for figuring out your gapping. 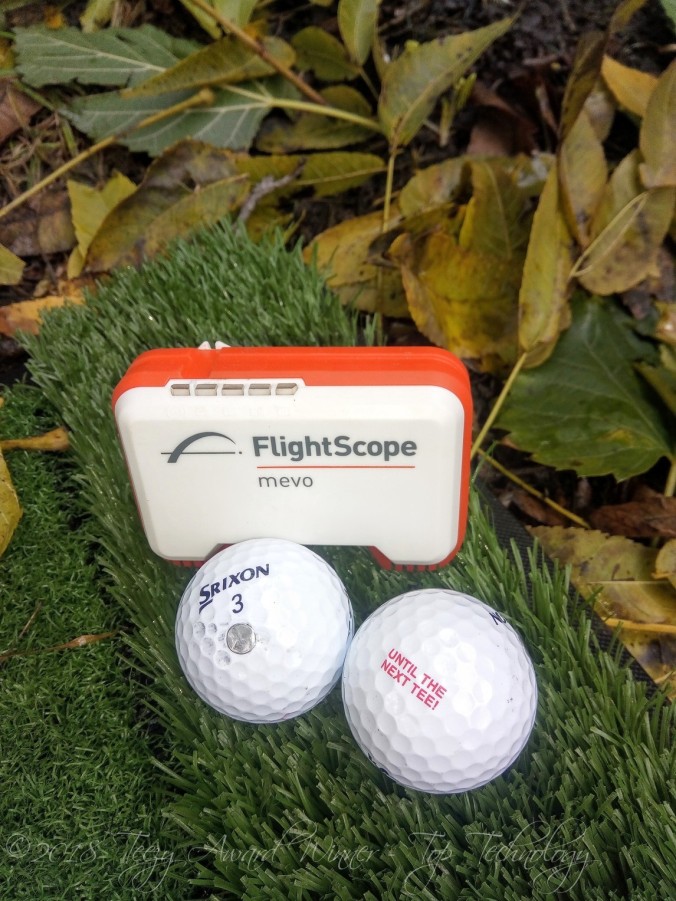 Top Golf Apparel – Arnold Palmer Apparel (APA). I left the PGA Show thinking that this apparel was sent from heaven. That was before I tested and reviewed their products. Everything from mid-layer to pants. My stance on APA became even stronger during and after the review. Fabric that has “great feel of hand”, apparel that wears real well, it’s sophisticated and trendy. The price point is more than fair. Not to mention 100% of the profits go towards Arnie’s Army Children’s Hospital Foundation. 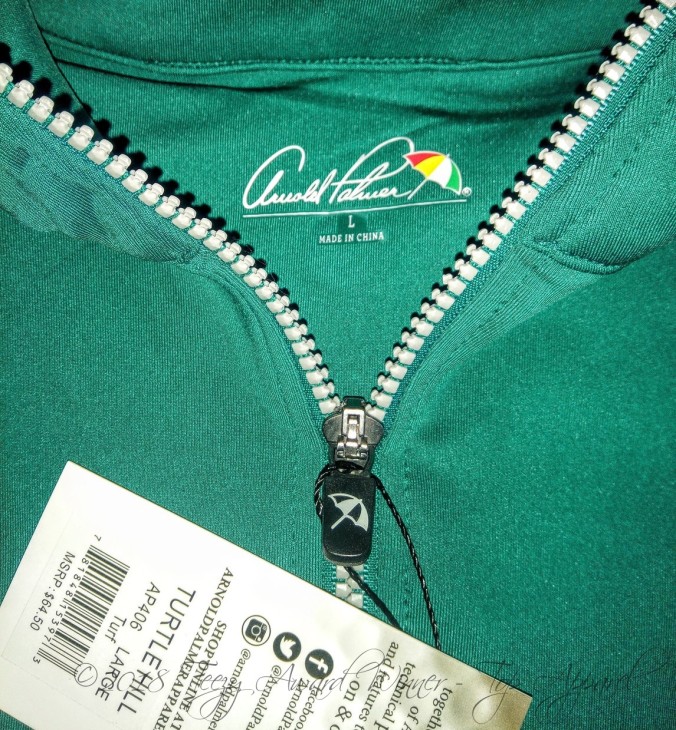 Top Accessory – Another category that was hard to decide. The final two that it came down to could have easily been placed in the Top Technology category too. But they weren’t. As I sat here and wrote this finale for 2018 I was torn in making a choice in a way similar to the Top Irons category. But a winner emerged. Shot Scope V2. A device that is not just a watch but also a watch-style golf GPS. The features give you exact yardages not just from the middle of the fairway but from off of the beaten path as well. Not only does it provide on-course information but it also provides you with a variety of stats to help you improve your game. This accessory is a performance tracker and it will find flaws in your game and help you improve. Shot Scope is always updating the app. 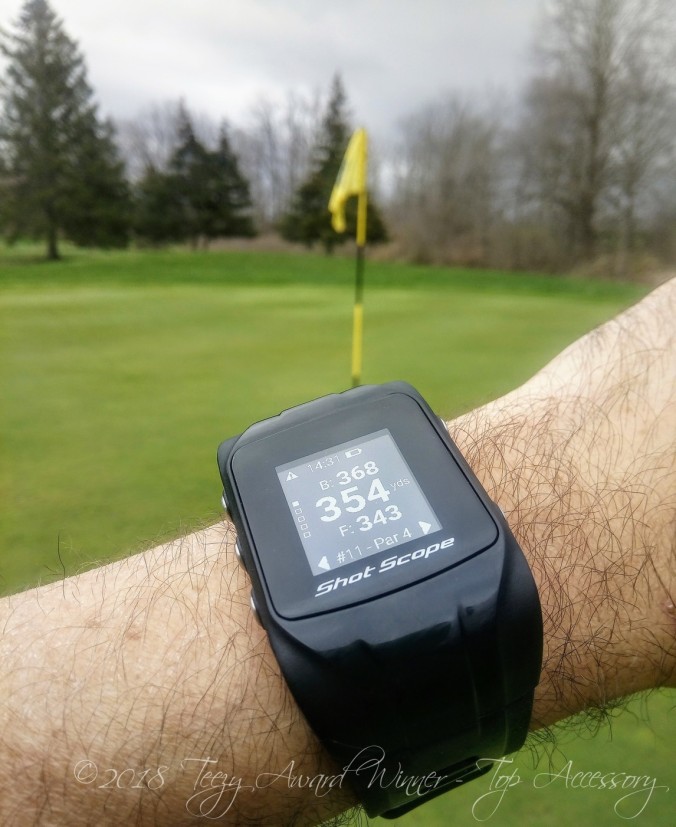 I have to mention mention Aftershokz as well in this category. This is a set of headphones that features Bone Conduction Technology. They’re wireless, act as a headset so you can be hands-free on your cell phone, have rich sound and because their construction has an open construction design they are extremely safe.