In 2018, I was honored to have the opportunity to test and review the KING F8 ONE Length irons (review here) The KING F8 irons were impressive and I wondered what Cobra Golf would do to improve on an already impressive iron.

The new SPEEDBACK™ irons and hybrids utilizeCOBRA’s breakthrough SPEEDBACKTM technology, that for the first time successfully combines a low center-of-gravity (CG) and high moment of inertia (MOI) to deliver the perfect blend of ball speed and forgiveness, for the first time, in one iron.

The new Cobra Golf KING F9 irons come in both a variable and ONE Length set configuration. In most cases when golfer’s choose to play a game-improvement set of irons they normally have to choose one of two options. Distance or Forgiveness. That is not the case with the KING F9 irons. In this set you don’t have to compromise between one or the other. Cobra Golf R&D was able to take “innovative shaping elements different from a traditional game-improvement iron. Through SPEEDBACK shaping, engineers were able to optimize low CG and high MOI to create the company’s longest, fastest, and most forgiving iron”.

When the KING F9 SPEEDBACK irons become available they will be available with steel or graphite shafts. the shafts featured are either the KBS Tour (steel) or the Fujikura Atmos in 60 grams (graphite). 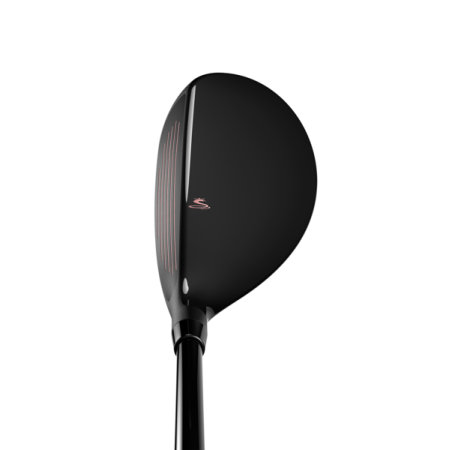 To compliment the irons are matching hybrids in a variety of lofts available in 17-degrees, 19-degrees, 21-degrees and 24-degrees of loft and come standard with a Fujikura ATMOS 70-gram shaft.

*** Once again Cobra Golf will be featuring cobra Connect by Arccos Golf.

I will be swinging these irons the first chance that I get. So stay tuned for more coverage on the Cobra Golf SPEEDBACK irons. In the meantime, please see the press release shared below by Rachel Rees. Ms. Rees is the Communications Manager for Cobra Golf. Thank-you for sharing Rachel!!

Carlsbad, Calif. (October 30, 2018) – COBRA® Golf, a leader in golf club innovation, unveiled today its new KING F9 SPEEDBACKTM irons and hybrids, the company’s most powerful and stable irons and utility clubs ever. The new SPEEDBACK™ irons and hybrids utilize COBRA’s breakthrough SPEEDBACKTM technology, that for the first time successfully combines a low center-of-gravity (CG) and high moment of inertia (MOI) to deliver the perfect blend of ball speed and forgiveness, for the first time, in one iron. 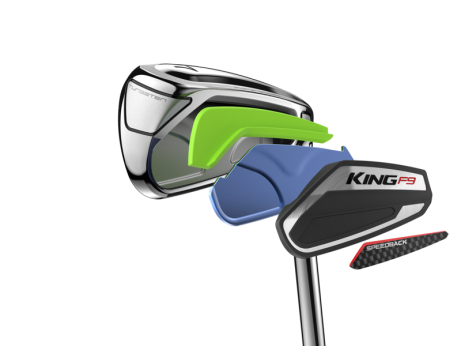 Available in a traditional, variable length set make-up and a forward-thinking, ONE Length™ configuration, the KING F9 SPEEDBACKTM irons are packed with an impressive array of cutting-edge technologies designed to deliver unrivaled performance. Traditionally, in game improvement irons, golfers had to choose between distance or forgiveness. In the new F9 irons, COBRA engineers were able to deliver the ultimate combination of both through SPEEDBACK™ Technology, a design concept that utilizes innovative shaping elements different from a traditional game-improvement iron. Through SPEEDBACK shaping, engineers were able to optimize low CG and high MOI to create the company’s longest, fastest, and most forgiving iron.

“It cannot be overstated just how technologically-advanced the KING F9 SPEEDBACKTM Irons are,” said Tom Olsavsky, Vice President of R&D for COBRA Golf.  “Golfers have been forced to choose between  distance or forgiveness in their game improvement irons. If you wanted more distance, then you sacrificed forgivness, and vice versa. With the new SPEEDBACK irons golfers can have their cake and eat it too.  Never has a game improvement iron set had the perfect blend of distance and forgiveness, until now.”

Key elements of SPEEDBACK™ Technology include:

Other technologies featured in the irons include:

In addition, COBRA® Golf is introducing an updated option for players who opt for the consistency and simplicity of a ONE Length set configuration.  The KING F9 SPEEDBACKTM ONE Length Irons offer all the same ground-breaking technologies as the variable set, with some additional improvements geared towards optimizing the performance of ONE Length irons including:

Providing the perfect complement to the SPEEDBACK Irons, COBRA is also unveiling its new KING F9 SPEEDBACKTM Hybrids, available in variable length or ONE Length designs.  COBRA has integrated its breakthrough SPEEDBACK technology with its popular Baffler® rails to produce the highest performing Hybrid in its history.  This Hybrid’s performance can be attributed to the following key technologies:

The KING F9 SPEEDBACK TM ONE Length Hybrids (MAP $219) offer the same performance boosting features that the traditional length hybrid options do, with the infusion of COBRA’s patented ONE Length configuration.  Engineered using matching 7-irons length and lie angle, the SPEEDBACK ONE Length hybrid simplifies a players’ game by allowing them to use one repeatable set-up and swing for their irons and hybrids.  These hybrids are available in 19-degree, 21-degrees and 24-degrees of loft and come standard with ATMOS ONE Length 70-gram shafts in S, R or LITE flexes with blue Lamkin Crossline COBRA CONNECT grips.

“We have seen some golfers put this consistent, easy-to-hit ONE Length Hybrid in their bag, replacing their more difficult to hit long irons, or even a variable length hybrid. It’s really a great club that golfers can hit consistently, with confidence,” said Jose Miraflor, VP of Marketing COBRA Golf.