Another weekend and it’s another victory for upstart golf club shaft manufacturer TPT Golf. This is yet another notch in the Switzerland-based company’s proverbial belt. After a win on the PGA Tour at the Shriner’s Open (Bryson DeChambeau) a week ago. This past weekend it was Vijay Singh claiming victory and laying claim to the season-ending Charles Schwab Cup on the Champions Tour. What an amazing 2018 for TPT Golf.

Singh entrusted one of the 16 Series shafts from TPT Golf in his PING Golf G400 LST driver. For more details please see the press release below as shared by Mary Beth Lacy of golf marketing firm Mary Beth Lacy Inc. 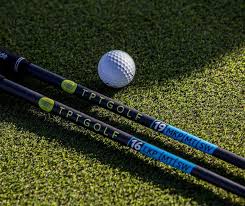 RENENS, SWITZERLAND — TPT Golf followed up last week’s PGA Tour win with yet another victory, this week on the PGA Tour Champions with Vijay Singh. Singh won the Charles Schwab Cup Championship with a TPT Golf 16 Series shaft in his driver.

The 55-year-old Member of the World Golf Hall of Fame rallied from six shots behind on Sunday at Phoenix Country Club to claim the Champions Tour’s season-ending event. His final round of 10-under-par 61 tied the course record and gave him a four-shot margin of victory.

“Congratulations to Vijay Singh on his incredible play in Phoenix,” said TPT Golf Director Sebastian Sebayang. “It means so much to us to see our shafts helping golfers win at all levels of the game, from juniors to seniors to one of the best of all time. This is exactly what we hoped to see when we launched TPT Golf in 2016.”