Length, control and an ability to produce golf shots with surgical precision. These are the thoughts that come to mind when you think of driving irons. Officially, this week is the first Major of the year (LPGA – ANA Inspiration). Looking forward to next week’s trip down Magnolia Lane there is a bevvy of TaylorMade Golf athletes that could slide on the “Green Jacket”.

With the design of Augusta National and the need to hit precise shots off of the tee a need for product like a driving iron could be vital. With that said, TaylorMade Golf has introduced the new P790 UDI. Designed with the already successful P790 irons in mind the P790 UDI features a body that’s forged from 8620 Carbon Steel and utilizes TaylorMade Golf’s trademarked “SpeedFoam Technology” while the face is constructed from 4140 Carbon Steel. Overall, the P790 UDI has a medium-compact head and is said to deliver distance and playability. If a TaylorMade Golf athlete wins The Masters look for the P790 UDI to have played an integral part.

For full details, please see the press release shared below by the Marketing Manager for TaylorMade Golf Canada Nick Obritsch.

Continuing the Resounding Success of the P790 Irons, the new P790 UDI Combines Forged Construction with SpeedFoam™ Technology for Extraordinary Distance and Accuracy 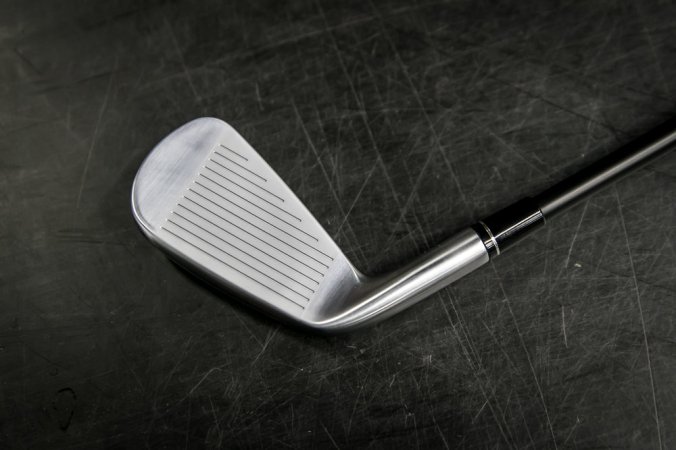 CARLSBAD, Calif. (March 29, 2018) – TaylorMade Golf, the industry leader in iron technology and innovation, announced today the extension of its globally successful P790 irons with the introduction of P790 UDI, a forged driving iron engineered with breakthrough SpeedFoam Technology for golfers seeking the forged look and feel of a players iron with increased distance and accuracy off the tee or fairway. To date, World #1 Dustin Johnson, #3 Jon Rahm as well as TaylorMade stablemates Justin Rose, Rory McIlroy and Jason Day have all played the P790 UDI on Tour already this season.

The most popular and successful players-distance iron in company history, P790 has seen remarkable success at both the consumer and Tour levels, with many players putting a variety of P790 irons into play in competition, opting for a forged iron that delivers remarkable distance and playability combined with preferred feel in a medium-compact head design with a thinner topline. Similar to the other irons in the set, the P790 UDI is constructed with a soft, 8620 carbon steel body combined with high-strength forged 4140 carbon steel with a wrapped-face construction in a hollow body design.

The P790 UDI’s hollow construction is filled with TaylorMade’s proprietary SpeedFoam material, which serves a dual purpose of generating ball speed as well as the management of sound and feel. Injected into the clubhead, the low-density SpeedFoam provides the face support and damping properties that make the performance of the P790 unlike any other iron in the TaylorMade family.

The P790 UDI also features a re-engineered Inverted Cone Technology optimized for the slightly smaller face area. TaylorMade’s previous ICT had a larger, heavier profile. The new, smaller Inverted Cone in the P790 UDI allows for reduced face thickness at the edges of the face, thus increasing flexibility from heel to toe and low on the clubface, resulting in more ball speed across the entire face. For forgiveness and playability, P790 UDI features strategically placed internal metal-injection-molded (MIM) tungsten weighting for precise CG placement and higher moment of inertia (MOI).

After experiencing increasing demand from the best golfers on worldwide Tours, we’re excited to bring the Ultimate Driving Iron to golfers everywhere with the new P790 UDI. Offering SpeedFoam in a driving iron for the first time ever, the P790 UDI delivers distance and accuracy like never before seen in an iron.

Available through custom orders starting Friday, 3/30 at $299 CDN, P790 UDI will be offered via custom order in RH only as a 2-iron (17°) with a recommended Project X’s popular HZRDUS Black shaft (85g) designed for low launch/low spin and gripped with a Golf Pride TV 360. Additionally the P790 will also be available with an extensive offering of steel and graphite (.355) options through the custom line.