Finally… it’s that time of the year. An already exciting 2018 TOUR season on the LPGA and PGA TOUR respectively has just gotten a whole lot more exciting. it’s time for the first major of the year. While everybody and their uncle are talking about what could be next week… let’s not look too far forward into the future. Instead let’s discuss this week.

It just seems like the majority of golf fans often think of the first major of the year being that little tournament that takes place down in Augusta, Georgia. The home of pimento and cheese sandwiches, Magnolia Lane, azaleas and a land where everything is meticulous and green. But The Masters isn’t the first major of the year. That honour belongs to the ANA Inspiration of the LPGA Tour. 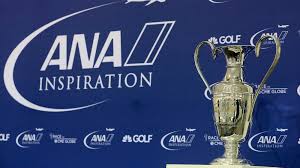 Out in the Californian desert in Rancho Mirage, California lies the stunning Mission Hills Country Club. While the facility houses 54-holes of golf its the Dinah Shore Tournament Course that hosts the years first major. All of the best female golfers in the world descend on the Palm Springs area to play in the annual tournament that was founded in 1972 by entertainer Dinah Shore. The course is home to the popular landmark “Poppies Pond” and was named after former tournament director Terry Wilcox in 2006 (his grandchildren called him “Poppie”). Since 1994, it’s been a tradition for the winner to unceremoniously jump into the pond although the first time that it happened was in 1988.

The list of winner’s of the tournament formerly known as the Nabisco Dinah Shore and Kraft Nabisco among others is a list of superstars from the LPGA Tour. Lydia Ko, Lexi Thompson, last week’s winner Inbee Park, Stacy Lewis, Brittany Lincicome (twice), Lorena Ochoa, Karrie Webb (twice), Juli Inkster, Dottie Pepper and Annika Sorenstam (three times) are some of the names to have won the event. Interestingly enough the legendary Se Ri Pak never won this tournament.

The field this week seems more star-studded than usual and I really don’t know what I’m basing that on. If you look at results of tournaments thus far in 2018 on the LPGA Tour the year has been full of amazing results. Laura Davies electrified with a sensational finish at age 54 two weeks ago. Major winners Anna Nordqvist, Lydia Ko and Canadian Brooke Henderson could be poised to take the leap into the pond come Sunday. Cristie Kerr, Michelle Wie, Lexi Thompson, and Thailand’s Moriya Jutanagarn have definitely shown signs of brilliance and could be there. But then you have the Korda sister’s (Jessica and Nelly) who look like a “watered-down” LPGA version of the Williams sisters (Serena and Venus) with the way that they’ve played thus far in 2018.

The action in the desert is going to be fun, exciting and make for very compelling television Sunday evening. We’ve already seen an Ace from Iceland’s Olafia Kristinsdottir. Especially, if the scoring is similar to what’s current at the time of writing. There are 15 players within 3 strokes of the lead as the first round is being played/finished. Just because The Master’s is next week doesn’t mean that you have to sulk because these girls are good. If you haven’t followed the LPGA Tour do yourself a favor and take some time to watch this tournament. Buckle up because the Sunday finish will be as exciting as any other major the guys play.