This is huge news to break out of the 2018 PGA Merchandise Show. Cleveland Golf/Srixon Golf/XXIO announces that “The Big Easy” (Ernie Els) has joined the XXIO brand. The former multiple Major champion will join XXIO as a Global Ambassador. 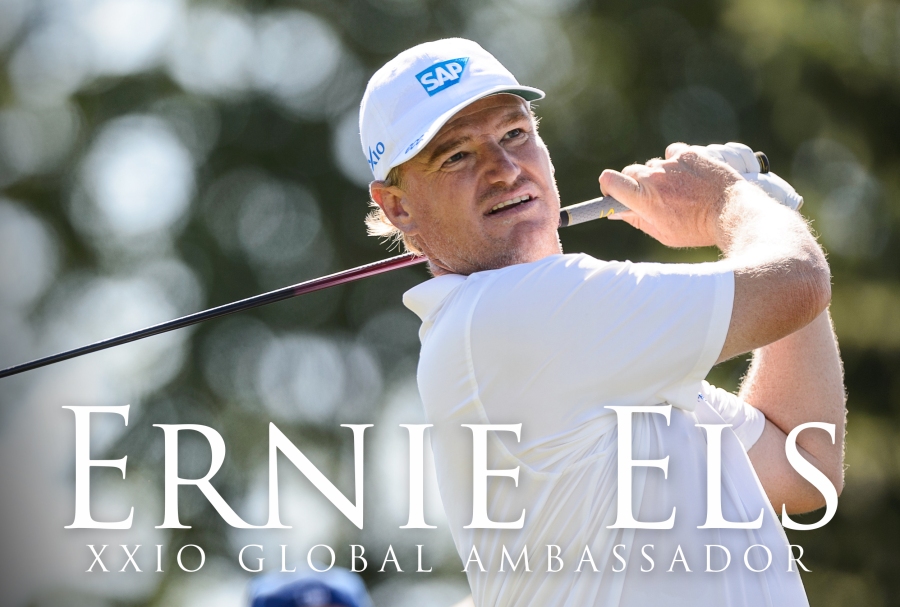 “I’m proud to be on board as XXIO’s new Global Ambassador,” said Els. “Srixon and Cleveland are successful brands in golf, with a proven track record, and I’m familiar with the company’s products so that’s an easy fit for me. In fact, I won both my US Opens using Cleveland wedges and I’ve always loved those clubs.

“XXIO is perhaps a less familiar name in certain parts of the world…but trust me, this company is really going places! They’ve been the No.1 equipment company in Japan over the past 17 years, now the market leader in Korea and New Zealand, and the growth has been dramatic. I’ve been talking to the guys there a lot over the past few months. They have a range of high-end, high quality products and some innovative technologies that help the average golfer get more out of their game. I’m all for that. And they have big ambitions, too.

“Actually one of the things I’m looking forward to is being able to assist in their product development and obviously, with me playing an international schedule, help create an uplift in brand awareness as the company expands around the world. These are the kind of multi-dimensional, professional partnerships that really interest me. Honestly, it’s exciting to be part of the team.”

Els, 48, from Johannesburg, South Africa, has been a major player in the world of golf for nearly 30 years. Amassing 70 career professional victories since turning professional, Els captured the first of his four career Major victories by winning the U.S. Open at Oakmont Country Club in 1994 while also securing PGA Tour Rookie of the Year. Els would go on to win his second-career U.S. Open in 1997 at Congressional Country Club as he entered the prime of his career.

He continued winning tournaments across the globe, including two additional Major victories at The Open Championship in 2002 at Muirfield Golf Club and 2012 at Royal Lytham & St. Annes Golf Club. Throughout his illustrious career, Els has recorded 19 PGA Tour victories, represented his country on 22 different occasions (including 8 Presidents Cup teams) and was inducted into the World Golf Hall of Fame in 2011.

“As one of golf’s most respected and influential athletes, we’re thrilled to welcome Ernie as our Global Ambassador for XXIO,” said Scott Carlyle, Senior Vice President of Global Marketing. “It is a rare and special opportunity to work alongside someone of Ernie’s caliber, whose efforts on and off the course have been simply astounding. We are looking forward to many years of great work together.”

Els is also globally recognized for his humanitarian efforts. In 1999 he created the Ernie Els Foundation, assisting talented young South African golfers—predominantly from families of limited resources—with education and life-skill assistance. The Foundation joined forces with Fancourt Hotel and Golf Estate to establish the Ernie Els & Fancourt Foundation in 2006.

Furthermore, Els and his wife Liezl established the Els for Autism Foundation in 2009. In 2015, they opened the Els Center for Excellence, a 26-acre campus providing education, research, global outreach and adult services to those with autism spectrum disorder. Els received the 2017 Heisman Humanitarian award for his tremendous work in the field of autism awareness and research.

During his full 2018 tournament schedule on the PGA Tour and European Tour, Els will play with Srixon/Cleveland Golf/XXIO equipment as well as carry a XXIO bag.