As we set our eyes to this week the 2018 PGA Tour has its first full field event of the 2018 season. The Tour says “aloha” to Waialae Country Club and the Sony Open (for the record I am picking Justin Thomas to repeat as champion). Before we get  to that tournament we need to look at this past weekend.

In Maui, the Sentry Tournament of Champions was played and the winner absolutely dominated the event. Dustin Johnson entered the final round leading by two strokes. Sunday was his for the taking and he’d never be contested by the field as he ended up winning by an amazing 8 strokes. While DJ finished at -24 the runner-up (Jon Rahm) finished with a total score of -18. Amazing! I think you have to look at DJ as a favorite to win The Masters as long as he rents a single-storey bungalow with no stairs and non-slip floors.

The OWGR #1 ranked golfer was quick to sing the praises of his new TaylorMade Golf M4 driver and the “Twist Face” technology incorporated into it. DJ stated that the ‘Twist Face” technology really made a difference especially on his misses. He was quoted as saying “My misses… they aren’t off-line… by you know… barely”. Now… I really can’t wait to swing these drivers at the  upcoming PGA Show. For a closer look at the new M4 driver and details of what’s in DJ’s bag please see the press release below from TaylorMade Golf Canada. 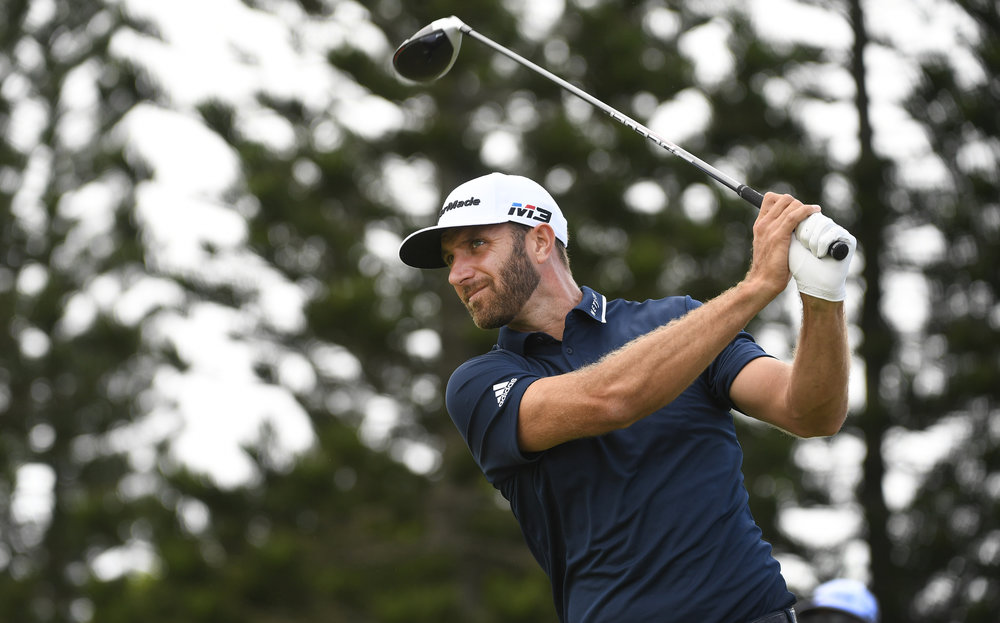 Launching on Tour just this week at Kapalua, World #1 Dustin Johnson used his prodigious length off the tee combined with TaylorMade’s new Twist Face™ technology to find more than 73% of fairways, highlighted by a near hole-in-one on the 433-yard par-4 12th. First announced on January 2nd and now being introduced to TaylorMade’s Tour staffers, take a look at the video to learn more about TaylorMade’s newest innovation.

A closer look at DJ’s Winning Setup from Kapalua: