According to my calculations this is the third installment of an article that I simply titled “This and That”. I honestly don’t remember what said article was about but I do know that something cheesed me off so I wrote about it. In this installment I’m going to get a few things off of my chest.

Recently, I was asked why is it that I’m so hard on Tiger Woods bordering on the point of hate. The greatest player to have ever played the game. I feel this is the best outlet and time to discuss it. First and foremost I just wanted to clarify that I don’t hate Tiger Woods. I have never had a talk with him and therefore I don’t know him. Yes, he really comes off as arrogant and elitist but that is what I see and I am entitled to my opinion.. I don’t how he interacts with children or elderly people. But there is a certain air about him isn’t there? Is he the kind of guy that would give you the shirt off of his back? I’ll never know. I get it… to his legions of fans that fact doesn’t even matter… or at least I assume that it doesn’t.

But there are some things about Tiger that I do hate. The first thing is that I hate the choices that he’s made. I spoke about that before within these pages. There’s absolutely no excuse for driving under the influence whether it’s prescribed medications or alcohol and there is no explanation that forgives it. To be honest, I don’t care what he did or didn’t do during his marriage to Elin Nordgren. Of course, I am referring to his act of indiscretion (or two), Hey, it’s his life right? The media and how they handle/treat him. This really bugs me. Especially the  Golf Channel most notably and how they gush about him. I get it…. Tiger did a lot for golf  but not in the sense of what Mr. Palmer did. What Tiger has done for golf was bring people to the golf course or driving range who otherwise may not him. He had his name on a very popular game for consoles further immersing youth and old alike in golf. Viewers and broadcasts love him and in particular the ratings that he brings. Ratings that  in all likelihood Golf Channel wouldn’t have. But we don’t need to hear about every time he swings a golf club or what he has for breakfast and so on. Did you know that tere were other players in the event? Did you know that Kevin Chappell was leading? When Tiger is involved directly with the game or an event there is a certain buzz that envelops said event. Look no further than the recent President’s Cup. Tiger is great for the golf industry and he brings attention to a game that is much maligned. 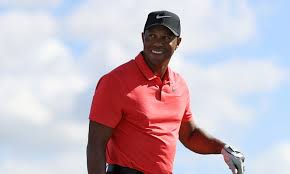 As everybody and their uncle knows Tiger teed it up this week at his event (Hero World Challenge). An event with a field of 18 players most of which are among the game’s elite. In typical fashion during the days leading up to the event all that you saw was Tiger here… Tiger there. It’s understandable… because it was huge. It was a comeback and one that felt different and the masses soaked it all in. Heck, there were some pictures circulating on social media that bordered on creepy. Pictures taken from behind bushes. you know the typical stalker-type. Pictures that were ominously close to being labeled as sociopathic. As I said, this time around the comeback felt different. His swing didn’t look hesitant like in other returns from injury etc. He looked good and I’m the first to say that and give Tiger credit where credit is due. He played well.. real well in fact. He was right there near the top of the leaderboard for a bit. That in itself is great to see and love him or hate him you never want to see a guy struggle or be a shell of their former selves. Whether you’re a “golf fan” or a “Tiger fan” (and there is a difference) it can only be good for our struggling sport. It’s sort of strange for me to see him playing TaylorMade Golf equipment and Bridgestone Golf Tour B XS balls. I don’t even look at the 75 that he shot on Saturday when looking back at his return. He played well period! All that I say now is just let him play golf when he decides to play and nature will take its course. 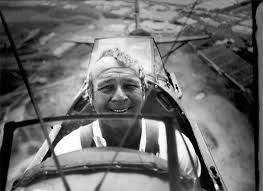 A couple of other things real quick. A reference has been thrown around a ton. The reference of which I speak is a type of livestock. Goats! Otherwise known as the greatest of all time. Many say that Tiger is THE G.O.A.T. and to me I feel that he isn’t. I feel that Tiger is by far the greatest of my generation without question but he isn’t the G.O.A.T. Many factors weigh in to somebody being the G.O.AT. For me it just isn’t about stats or victories. There’s more to being a champion on the course, the field or the rink. Maybe to a rabid Boston Bruins fan Wayne Gretzky isn’t the GOAT when it comes to hockey. Maybe to that fan it’s Bobby Orr.  To me there’s a hidden variable to being a GOAT. That variable is how someone was or conducts themselves in life. Everybody has an opinion and that’s what makes debate fun. Each individual has a reason why (to them) somebody is the GOAT. To me when I look at the greats Tiger is there. But then again so are Bobby Jones and Jack Nicklaus seeing that his statistics speak for themselves. For me the greatest of all time was Arnold Palmer. Not just for his 93 total victories which included 7 Majors. But he was a champion at life. He was a champion off of the course. To me that makes him THE G.O.A.T!

Another thing that has my hackles up. Golf balls! This entire “bifurcation thing”. It isn’t going to work and unless you’re playing on the PGA Tour you don’t really need to worry about it. I’ll stick to my guns and what I wrote last week or whenever it was. Water the crap out of the fairways, narrow the fairways, grow the rough out and firm up the greens. I know there’s a crusade about water conservation. But again my idea only affects Tour courses and the weeks leading up to an event. Sure the member’s at courses that host an event would have it tough for a bit but it’s an easy payoff to lessen the chances of making your 7,300 yard golf course look like a pitch ‘n’ putt and yielding mini-putt scores. Protect the architects!

Long putters! People are bashing Bernhard Langer, Scott McCarron and Adam Scott. Scott because he’s reportedly going back to a long putter.  Langer and McCarron because people feel that they’re breaching the rule (anchor ban) and cheating. I hate long putters and I’ve tried them. They aren’t for me. But if they were automatic everybody would use them. When it comes to the Tour. I think it should be clear. No use… period! Which gets me to the equipment and golf balls for the run of the mill hack… like me! Use whatever you want. Use what makes the game fun for you and gives you the best results. Use a 53″ long driver or a belly putter. Use irons that don’t conform to the groove rule if you wish. If you aren’t playing in a sanctioned RCGA, USGA or R & A event then don’t worry about it. These rules affect only a miniscule percentage of the world’s golfers. If the curmudgeon that you’re paired with on the first tee gets their knickers in a bunch about your equipment… Screw ’em! Just get on the course, play golf and have fun!