Technology. Like it or not it’s here to stay and this holds especially true in the golf industry. I admit that for the longest time I wasn’t a firm believer in technology like launch monitors and simulators but as time has worn on I have grown to appreciate it. More importantly I truly see it’s value as it relates to the golf industry.

The technology as it relates to the game of golf is quite astonishing. Through the use of “Doppler” golfers can be fit for their perfect set of golf clubs. GPS devices were first used by the military however its application in the golf industry gives golfers accurate information as it relates to the distance from a green or hazard. The technology in golf is all around us quite literally but what about on us?Wearable technology has made huge strides in golf. From GPS watches to the subject of this review. K-Vest 3D.

Leading up to the 2017 PGA Merchandise Show in Orlando I started following a company on Twitter. That company was K-Motion Interactive and it’s product K-Vest 3D was very appealing. The Scottsdale, Arizona based firm designed what is the golf industry’s only “human motion tracking system”. However, before continuing I have to add that the K-Vest 3D has many more uses outside of the golf industry but I’ll get back to that later. 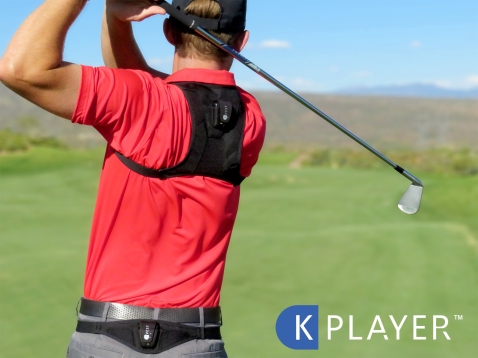 While at the PGA Show I had set up an appointment with PGA Member and representative of K-Motion Interactive Scott Soderberg to teach me everything about K-Vest 3D. Upon arriving at the booth I watched as Mr. Soderberg was working with another show attendee at the very busy booth. As I just stood back and took everything in I was amazed at what I was witnessing. On the monitors it was showing a 3D illustration of the golfer wearing the device. Through this illustration I was able to see what that particular golfer was doing with their swing and in this case there wasn’t much rotation occurring. Once Mr. Soderberg was finished with that attendee he turned his attention to me.

So what is the K-Vest 3D? In short, the K-Vest 3D features 4 Bluetooth wireless sensors that simply get inserted into a vest constructed of a stretchy “Spandex-like” material. The sensors are placed into two “garments” which go onto the pelvis and over the shoulders respectively. The sensors are placed near the small of the back, just above the shoulder blades, just above the lead elbow and lastly on your glove. The purpose of the sensors is to capture data through the use of 3D capture capabilities. The data captured then gets relayed to a monitor (laptop or similar) and then gets displayed. The advantage to the K-Vest 3D sensors is that it can detect what your coach or instructor cannot. In doing so, the K-Vest 3D helps both the coach/instructor and player see and understand what’s going on with the golf swing and more importantly how the body is moving to get to that point. For example, is the swing connected and in sync? By detecting various faults the K-Vest 3D device offers real-time visual and auditory feedback and then also offers recommendations in order to fix said faults. Also, the K-Vest 3D has a training regimen which is based on the recommendations and you can immediately practice them in a training mode.

While I was watching the attendee before me the first thought had been that the vest appeared constricting and cumbersome. As it turns out I had nary an issue in getting the vest on and with the vest on and the sensors in place we started my session. So I was asked to get into my set-up so we could have a look. It didn’t take log for the K-Vest to find a fault. I always thought that my chest coverage over the ball was good. I’ve never thought that I had an upright posture but the K-Vest said otherwise. Apparently, I was very upright and my spine angle was several degrees more upright than an average PGA Tour player (they use data compiled from Tour players to determine baseline numbers). With that in mind the device (with the assistance of Mr. Soderberg) showed me on the monitor what an ideal spine angle looked like. So, I adjusted my spine angle accordingly and when I got into the “range” the sensor chimed. Now I truly felt like I was over the golf ball in a very athletic posture ready to make a pass at the ball. The K-Vest 3D also measures rotation of the upper and lower body and side tilt. The former being vital for coiling and developing power. The K-Vest 3D also shows the golfer their rotation through impact along with other key movements during the dynamic motion of the golf swing. 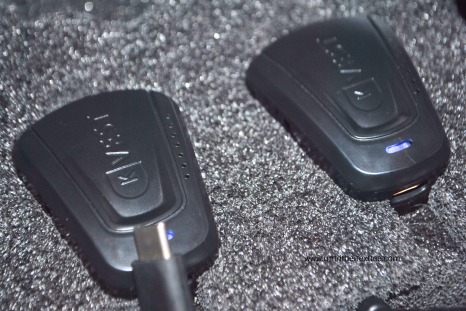 When the K-Vest 3D discovers your faults the software also includes training plans to help you improve no matter your skill level. Beginners to Tour players will find the K-Vest 3D very beneficial.  There are 175 drills and exercises that accompany 30 pre-built exercise programs to choose from built into the software. Drills and exercises include certain things like getting in and out of your set-up position and “Lumberjacks” as two quick examples, Much like weight-training the K-Vest 3D system recommends that you do sets of reps and this is to really create “muscle memory”. Earlier I mentioned that the K-vest 3D wasn’t just directed at golfers. Other occupations that have employed the K-Vest 3D system include medical professionals and those in the fitness industry. According to Mr. Soderberg the Toronto Maple Leafs of the NHL have used the system when getting their players set up with training plans. They have used the system to gather biofeedback with skating motions etc.

The beautiful thing about K-Vest 3D is its user-friendly interface. Setting it up for use is a “no fuss no muss” task as you simply need to power on the sensors and have a computer/laptop available. The product travels well (comes in a travel case) and you can easily use it at home where room allows (no need to hit balls) or you can transport K-Vest 3D to the driving range (or dome for those in the north in the winter months). It’s a system that provides feedback like no other in the industry. K-Vest 3D is a groundbreaking product and a bona fide game-changer. The mantra for K-Vest 3D is “Measure, Assess, Coach and Train” and that is exactly what the K-Vest 3D system does. For more information head over to the K-Vest website for more information.