One of the many things that I take great pride is knowing that I deliver reviews and observations that are strictly natural and organic. Most of the time my testing and reviewing opportunities have been first-hand observations from swinging a club for a brief period of time and from that I draw a conclusion. For these types of opportunities I really do depend on my attendance at the PGA Merchandise Show and Demo Day that takes places every January in Orlando. Getting the chance to swing new products like the newest irons from TaylorMade Golf is a prime example.

This year leading up to the show I talked to Nick Obritsch (Marketing Manager TaylorMade Golf Canada) and he arranged for me to spend some time with Stewart Bannatyne who is a Fitter at the TaylorMade Performance Fitting Lab at the TaylorMade Golf HQ in Woodbridge, Ontario. While I spent the time with Mr. Bannatyne I had the chance to swing all of the irons that were coming out this year (excluding recent additions like the P790, P730 and M CGB irons). Upon the conclusion of my demo experience swinging the new hardware I was fortunate enough to get the chance to spend some time with Tomo Bystedt (Senior Director of Iron Creation) who walked me through the entire line-up (please see video). After discussing a little bit about what makes these irons tick I will give you my impressions of each iron. 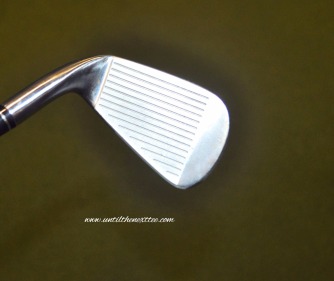 TaylorMade M2 Irons – When it comes to the new M2 irons in 2017 there are three words that TaylorMade Golf had in mind when creating them. Distance + Height + Forgiveness. When this iron was developed… designers from TaylorMade R&D utilized a low CG, newly developed “Face Slots” and “Speed Pocket Technology” to create the most technologically advanced distance iron to date (at time of writing). Each of the introductions had a purpose. The Face Slots were to preserve ball speeds on shots that erred towards the heel or toe whilst the Speed Pockets were to preserve ball speed on strikes below the center of the face. These both add up to really great shots on your better strikes and good shots on your poor strikes. More forgiveness. Remember the fluting on the 2016 version. The fluting design is back and improved. The flutes were made thinner to save weight and to re-position it lower in the head. Making for easy launch from any lie. The lofts are strong with the PW having a staggering 43.5* of loft.

When I first looked at the M2 irons the first thing that I noticed was the cavity. Gone is the mostly black cavity as it has been replaced with a sleeker, semi-futuristic carbon fiber weave. This change was an attempt to improve the sound and feel to make them more pleasing from an acoustic/feel standpoint. This is a part of what is their trademarked “GeoCoustic engineering techniques”. Strikes sounded better than in 2016 marking an improvement in two areas that I pay a lot of attention to. The feel translates very closely to the acoustics and the sound was better as well. The ball jumps off of the face with  authority and swings that were less than optimum resulted in workable shots that would never get golfers into trouble. The ball flight was “majestic and high” a direct by-product of the weight being moved lower in the head. The ballflight however did not balloon which is partly because of the REAX 88 HL shafts by FST. If you want high, long and forgiving than these are your irons. My only issue with them is the potential of having severe gapping issues. But this is not a problem that every golfer has.

TaylorMade Golf M1 Irons – The M1 irons are a compromise between the M2 irons and the P770 and P750 irons. Also, they are the heirs to the M2 Tour irons of 2016. Think of the distance and forgiveness of the M2 irons but in a smaller, more compact head. That is what you get with the M1 irons. Between last year’s two GI irons I leaned towards the smaller M2 Tour. The operative words here are “Distance + Height + Control”. These irons were designed for golfers who wanted everything that the M2 irons have but on a smaller chassis and more playability. the perfect blend! However, there is more. Along with the smaller head is a golf club that features a thinner top-line and less offset. Like the M1 irons TaylorMade incorporated “GeoCoustic engineering technology”. However the design team added a “very stiff fin badge” in the cavity connected to the back of the flexible face (Speed Pocket Technology and Face Slots were used in these irons as well). 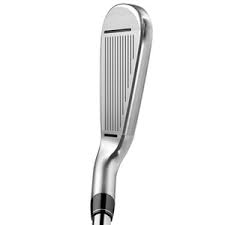 In my eyes these are a much better looking iron than the M2. Perhaps it just boils down to the smaller compact head. Offset doesn’t bug me necessarily but I definitely liked the less offset in the M1 vs it’s “brother”. These irons are long and the ballflight is a touch lower than its brethren. Shot-shaping definitely can be accomplished but remember they are a GI iron at the root of their creation. That said, I had no problems making swings with them and getting them to fade or draw on command. The feel was strong at impact and the sound pleasing. These irons are long and loft does play a role in this fact. The PW has a stock loft of 45*. TaylorMade offers the True Temper XP 95 as its stock steel offering while in graphite they feature the Mitsubishi Rayon Kuro Kage Silver Series. Because there wasn’t weight added in the sole combined with the TT XP 95 shafts the ballflight isn’t as high but is aggressive. The ball goes… period! To compare to vehicles… if the M2 irons are a Ford -150 than the M1 irons are like a Ford Raptor. Muscle in a pick-up chassis with a better handling. 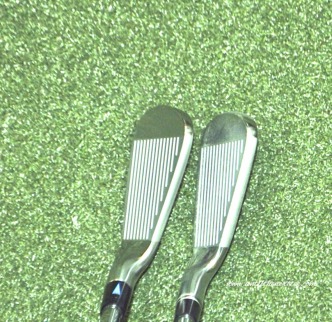 P750 Tour Proto on left with a smaller topline than the P770 pictured on the right.

TaylorMade Golf P770 Irons – These are one of two (at time of writing) iron sets that TaylorMade geared towards the better player. The P770 are an iron that is forged through an “advanced forging process”. The result is a head that is pure and simple. A look that appeals to the more discerning golfer. TaylorMade designers etched “precision milled faces and grooves” into the 1025 Carbon Steel which is said to provide a “soft-solid” feeling at impact. Flipping over the club evident is a 70 gram Tungsten bar used for back-weighting (3-7 irons) resulting forgiveness. Meanwhile, the short irons are a one-piece forged head for added “feel and control”. TaylorMade Golf received a lot of input when designing the P770 from its Tour staff. The focus was “carefully considered contours, including progressive offset, a thin topline, and a tight leading edge to promote an appealing look at address and crisp, clean contact. Further enhanced by a flatter, medium cambered sole, P770 also offers improved turf interaction after impact”. 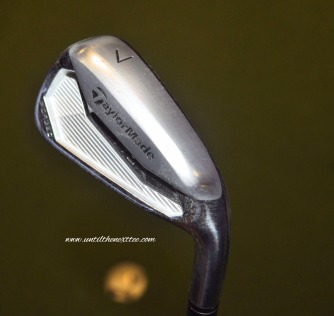 Aesthetically speaking these are a gorgeous iron to look at. They are pretty clean and there are no graphics that  make you wonder what they were thinking. The futuristic “P” I’m okay with and I have learned to like it whereas when I first saw it I thought that it looked out of place. The lines are smooth and remind me of a classic 1957 Chevrolet BelAir. Contours in the right places! Putting aesthetics aside the performance of these irons were fantastic! I loved the aggressive ballflight and the stock KBS Tour FLT 120 is no slouch. I loved the ballflight as it was piercing and the feel even moreso. As one might expect the playability of these irons are what you’d expect. For 2017, these are actually one of my favorite sets of irons firmly in the Top 4 of irons that I’ve tried.

TaylorMade Golf P750 Tour Proto Irons – If the P770 are designed with the purist in mind than the P750 irons are geared towards the ballstriking. When only the best want the best TaylorMade wants you to look at the P770 irons. The P770 is a small, forged head for enhanced feel and shot-making which is blade-like in appearance. The P770 uses 1025 Carbon Steel manufactured from a “multi-step forging process”. The face and grooves are CNC milled as it the rear of the cavity. The CNC milling ensures that the tolerances as far as face thickness, CG position and weight distribution are very tight. The P750 places a few grams of Tungsten into the sole to ensure that the trajectory is perfect in the 3-7 irons. The offset is minimal just the way that better players like it. 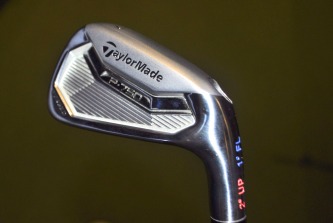 I fell in love with these irons in Orlando. It truly was love at first sight. As a matter of fact the P750 to this point are my second favorite as it relates to looks in 2017. That thin top-line, the minimal offset, the narrow sole… near perfection. Even the CNC milling on the rear of the head. Basically, the only thing stopping it from being number one is that darn “P”. It’s nit-picking but it is how I feel. From a performance point of view I really wanted to swing these really well. So badly in fact that I think I put too much pressure on myself to do so. I ended getting tight and never made many good passes with the P750 irons. Swinging small blades has never caused a problem and I actually prefer them. But things did not go well that day at Orange County National. I made a few decent passes which resulted in strikes that were low rockets. The ballflight was perfect for the winds of the Great Lakes. On the passes that were satisfactory the feel was a delight and these irons really “talk to you” with instant feedback. Actually, they sing to you. They are elegant like an “opera-singer” on good swings and the bad swings you ask? Sticking with the music theme I would say that they are like a lead singer of a “Death Metal” band. But they are  great irons and if you’re in the market for a set of irons and prefer a blade or something blade-like… look at the P750 Tour Proto irons.

Not even including the newest irons to come out recently TaylorMade Golf has a new iron for everyone. Packed with loads of R&D behind them and even more technology TaylorMade has some “can’t miss” products in their range. Basically if it were up to me with all things being equal I would lean towards P770 irons with a serious eye on the M1 irons. But the P770 and M2 irons are outstanding products as well. High perforMance is what TaylorMade does.